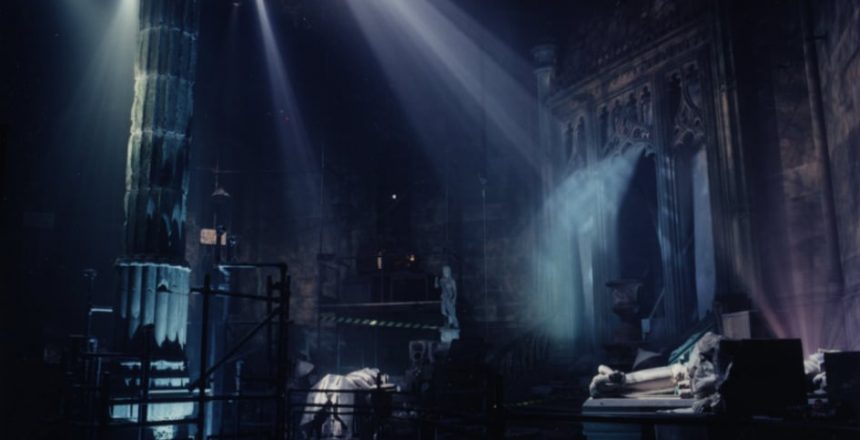 Pirates of the Caribbean, Haunted Mansion and Jungle Cruise!

These are just some of the most well known rides and attractions to have seen the big screen treatment over the years.

When it comes to adapting their attractions to the silver screen it’s no secret that Disney have undoubtedly been the most successful at doing so, however what about other parks and attractions across the world?

How many other rides (particularly UK based ones) do we feel could have spawned the perfect movie franchise and why?

In this article I’ll be counting down my top 5 UK based theme park rides I feel deserve the silver screen treatment.

Now, I know what you’re think. This is a rather generic and easy choice. Certainly nothing original right?

Well, when it comes to movies based around the viking genre although most center on Viking life and the times in which they lived, not many (if any) really center on the afterlife.

The concept of Valhalla is one which has been explored time and time again in book form, however to my knowledge not so much in the medium of film.

Yes, there has been a good few TV series out over the past few years, however none have ever really delved deeply into the afterlife and the mythology surrounding it.

Adapting Valhalla to the big screen would (in my opinion) provide the perfect opportunity to do exactly that.

With so much imagination implemented into the ride’s creation, it would be amazing to see what could actually be achieved when it comes to utilising a movie budget and the creative license the big screen provides.

If the ride (or at least it’s past iteration) is anything to go by then it’s safe to say transferring the concept to the big screen would truly create something very special indeed.

Now then, I’m not going to beat about the bush here! I’m a huge sucker for a good sci-fi/disaster movie.

With that in mind The Swarm at Thorpe Park would in my own personal opinion make a great candidate for the big screen treatment.

There are of course already ample movies out there centered around the same concept (infact it’s probably one of the most over utilised sci-fi genres out there), however regardless of this it would still be interesting to see what a big screen adaptation would bring to the ride’s mythos.

Not many ‘alien invasion’ movies feature a race of flying aliens, infact the only one that immediately springs to mind is Pitch Black and that’s not even based on Earth.

With that in mind I would absolutely love to see just how well the Swarm Could transfer to the silver screen and the type of movie this attraction’s story line would ultimately create.

3 - HEX: The Legend of the Towers - Alton Towers Resort.

Out of all the UK based rides and attractions I feel would transfer the easiest to the big screen, HEX: The Legend of the Towers would undoubtedly be the easiest to do.

The Ride’s rich story line and corresponding local legend would make for (in my eyes) the perfect fantasy/period horror movie.

With that being the case HEX would give the chance to bring the ride’s incredible back story line to life in a whole new way and would allow movie makers the chance to elaborate on the menacing enigma the chained oak commands creating the perfect piece of Gothic Horror in the process.

When it comes to maintaining a cult following, it’s no secret that The Smiler (The UK’s only 14 looping roller coaster based at Alton Towers) does exactly that.

With that being said as light hearted and fun as the ride may first appear, it does infact command a very dark and twisted back story.

The Smiler (and the ride’s imposing centerpiece The Marmeliser) is said to have been designed by the sinister Ministry of Joy – a secretive scientific society hell bent on bringing joy to the world through the most sick and twisted procedures possible.

With that in mind it would be absolutely incredible to see what could be achieved wit the aid of a big screen budget and a proper script.

Yes, this was kind of achieved with the ride’s precursor – The Sanctuary (a scaremaze debuting at the resort back in 2012), however creating a film would allow film makers to breathe new life into the ride’s incredibly dark mythology in a whole new way.

That being said The Smiler would in my opinion make the ideal candidate to receive the big screen treatment.

Okay, so if you have followed TPI for some time you probably saw this one coming right?!

The obvious aside however out of all of the above Nemesis is the one ride I feel would make for an incredible movie.

The concept of a roller coaster track being utilised to contain an alien creature is something that has never (to my knowledge) been done in the history of cinema.

Couple that with the mythos surrounding the sinister Phalanx and the battle which supposedly took place and you have yourselves one hell of a movie, am I right?

Ultimately (as much of a Nemmy fan boy as I am) I definitely feel a Nemesis film would yet again allow film makers the opportunity to bring the ride’s rich back story line to life in a whole new light and would ultimately further expand on an already incredible sci-fi based story.

So, there you have it! Those are my top 5 UK based rides I feel would make the perfect movie.

There are still of course many other UK based rides and attractions that would transfer perfectly to the medium of silver screen, however these are the five which stand out for me the most.

That being said I would love to hear your suggestions in the comments below!