World of David Walliams and Gangsta Granny: The Ride officially delayed until 2021! 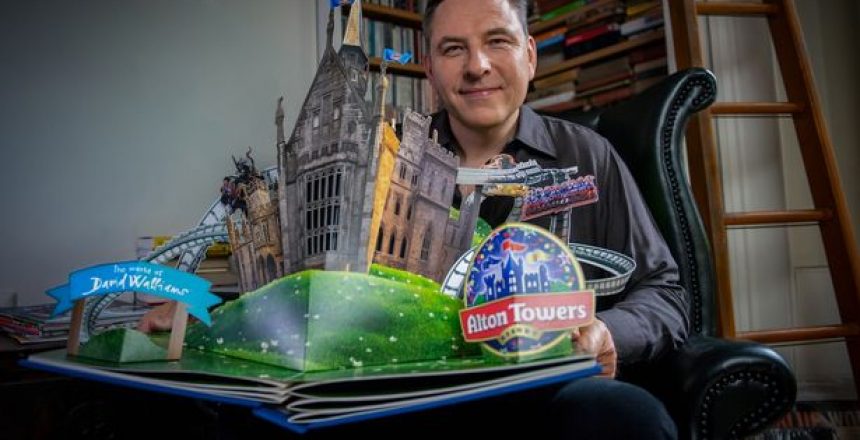 Alton Towers officially announce the delay to the opening of their brand new area for 2020 'The World of David Walliams'!

So after many other parks in the UK have taken the choice to delay official openings of their brand new 2020 additions until 2021, Alton Towers Resort officially made the very sad announcement today (29/05/2020) that their brand new World of David Walliams was now set to follow in the same footsteps.

Alton Towers Resort who were set to open their brand new addition for 2020 in celebration of their 40th anniversary season sadly dropped the announcement today that enthusiasts and the general public alike would now to wait a little while longer in order to enjoy Gnagsta Granny: The Ride and the other new attractions making up the newly re-imagined former Cloud Cuckoo Land at the UK’s most popular theme park resort.

Below is the official statement released by the park; 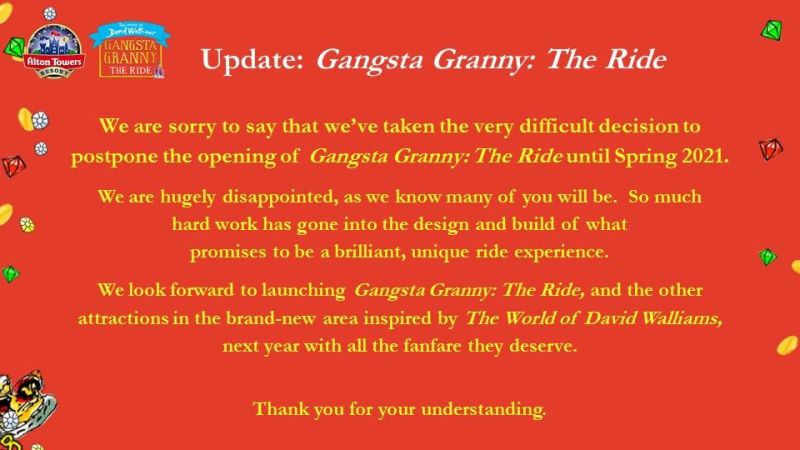 Sadly this news doesn’t really come as much of a surprise, and with the likes of Paultons Park already delaying the official opening of their brand new area ‘Tornado Springs’ earlier this year it therefore seemed inevitable that other UK parks wold likely follow the same trend.

The new area was originally set to open to the public back at the end of March in time for the park’s official start of the 2020 season.

This sadly didn’t proceed as planned in the end however and this was due to a mass out cry for the park and other Merlin owned attractions not to open in response to stopping the spread of the the current global pandemic.

For the last 2 months much has remained unknown regarding Merlin’s response to the current situation, however within the last week or so more has started to emerge about how the second biggest attractions operator in the world plans to combat COVID-19

It has therefore been announced today that alongside the other already confirmed measures the park plan to put into place upon opening that we will now also sadly have to wait until the start of the 2021 season in order to enjoy everything this exciting new area has to offer!

We are deeply saddened by this as much as anyone else, however we completely understand why the park has chosen to take this course of action and as such we look forward just as much as anyone else to experiencing this fantastic new addition for ourselves upon it’s grand opening next season!

As a result of this we now expect the same to be announced by Flamingo Land regarding their new attraction, however at the time of writing this article no further information regarding this situation has yet been officially confirmed by the park themselves.

We will however keep you fully up to date as this situation develops and therefore as soon as we find out anymore about this we will be sure to let you all know straight away!

What are your thoughts on this announcement by Alton Towers? Do you agree with their decision? Or do you still feel that they could have gone ahead as planned and opened this new addition upon the park’s planned 2020 re-opening? Let us know in the comments below! 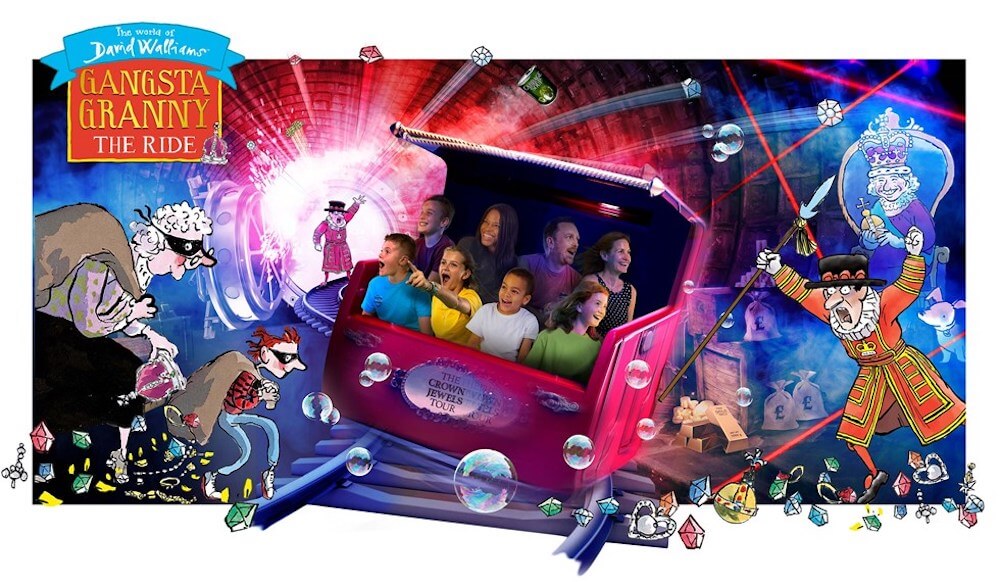