LEGOLAND New York First Look and What to Expect! 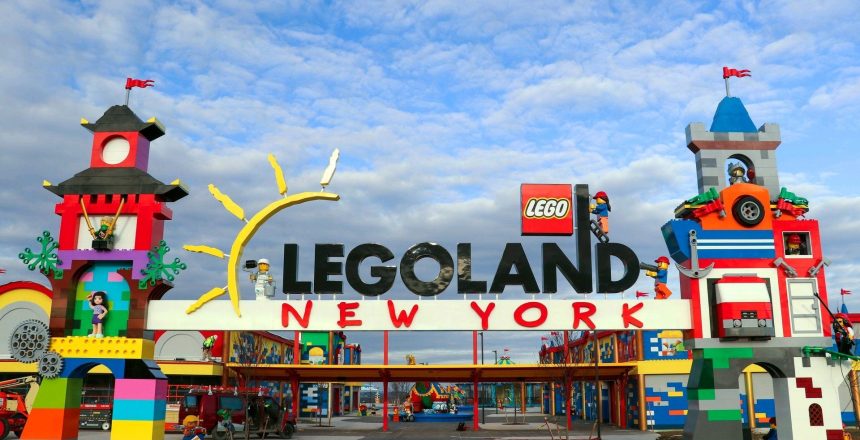 LEGOLAND New York Resort - First Look and What to Expect!

LEGOLAND New York was first announced by Merlin Entertainments back on October 25th 2017 and construction officially commenced in late 2019.

The brand new resort will make up the ninth LEGOLAND park in Merlin’s portfolio and will feature 24 rides and attractions as well as various themed restaurants, bars and hotels once open.

The resort will feature classic rides such as the Dragon Coaster and Mini Land as well as some brand new ones including the highly innovative LEGO Factory Adventure dark ride.

This imaginative new addition will take guests on a tour through a LEGO factory and will give guests the chance to transform into mini-figures for the very first time placing them right at the heart of the action.

Today however the resort have shared a first official look at how preparations are coming along ahead of their planned opening later this year.

Let’s face it though, LEGOLAND New York just wouldn’t be a traditional LEGOLAND resort if it didn’t feature some truly extravagant set pieces located throughout the park.

The brand new park is set to feature up to 15,000 new models placed throughout the resort totaling an eye watering 30 million bricks.

Each area will feature it’s own individual rides and attractions as well as food outlets, shops and so much more.

LEGOLAND New York will of course also feature it’s very own onsite hotel – The LEGOLAND Hotel which will give guests the chance to stay right at the heart of all the action in a whole array of differently themed rooms and more.

The brand new resort will be located in Goshen, New York and will officially open to the public as mentioned later this year, however as far as we’re aware no official opening date has been announced to date.

You can however stay up to date with all of the latest developments by signing up to LEGOLAND New York’s dedicated online newsletter through the resort’s official website.

Will you be visiting LEGOLAND New York once open? Let us know your thoughts on this exciting new addition in the comments below!