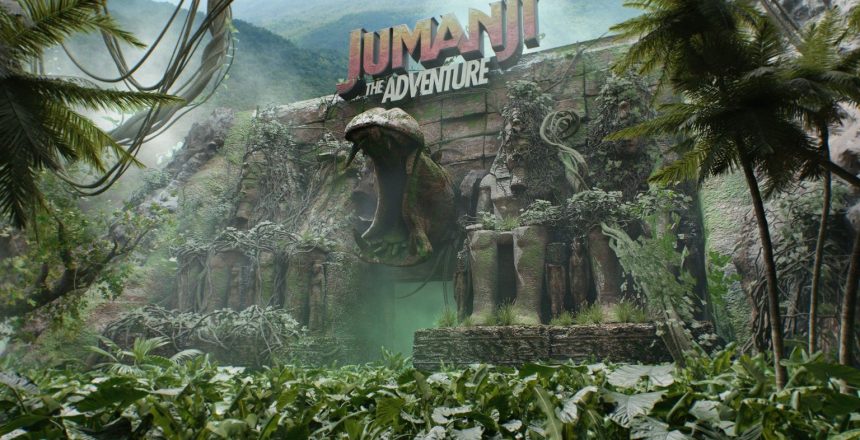 Merlin Entertainments have today revealed an agreement for multi-territory exclusivity over the Jumanji movie franchise IP between themselves and Sony Pictures.

In an official statement Merlin Entertainments reveal the deal and explain what it could mean for Merlin owned theme parks and attractions going forwards!;

“We have today announced a formal multi-territory exclusivity agreement with Sony Pictures Entertainment, to develop and operate attractions, rides, lands, retail outlets and themed hotel rooms based on the studio’s box office hit Jumanji film franchise across Merlin’s Resort Theme Parks and Waterparks in Europe (including the UK) and North America.

The first Jumanji experience to be launched as part of the agreement will be the world’s first Jumanji ride, which will open in April this year at Gardaland Resort in Italy. The attraction will be called “Jumanji – the Adventure” and will transport guests to the fantastic world of Jumanji, where an exhilarating adventure awaits them: a journey full of pitfalls, surprises and dangers through the wild jungle. Set to open in April, the new attraction will be a dark ride for adventure lovers of all ages, designed to appeal to a wide audience of families, teenagers and young adults, and will be complemented by the simultaneous launch of fully themed Jumanji hotel bedrooms.”

As mentioned above the first Jumanji IP based attraction is set to open at Gardaland this April with the addition of Jumanji – The Adventure, however what could this mean for other parks worldwide (mainly a certain UK based park named Chessington World of Adventures)?

When the plans for “Project Amazon” (Chessington’s upcoming major new 2023 addition) were released many pointed out the heavy similarities between a pathway located at the heart of the land and the Jumanji game board from the original 1995 movie starring Robin Williams.

With Merlin Entertainments now announcing this new exclusivity deal could however, could this confirm that the new land will indeed be themed to Jumanji after all?

The evidence is certainly there and given the fact the statement places special emphasis on the fact the deal includes the UK it’s incredibly likely at this stage!

Even though Chessington have yet to confirm any official details surrounding the project, given today’s announcement we now fully expect to see a Jumanji themed land at this stage!

Only time will tell however, and with Project Amazon set to premier at the resort next year we expect further details to be announced by the park themselves later this season.

With that being said, here’s a little look at what you could expect from Jumanji themed hotel room!

Overall, today’s agreement is great news for fans of the popular movie franchise as it offers the real chance to enjoy the adventure at parks and attractions worldwide in the years to come!

Are you excited to experience the world of Jumanji at Merlin owned theme parks and attractions worldwide in years to come?

We’d love to know what you think of exciting new deal in the comments below!