We take a closer look at the proposed Blackpool Central Development! 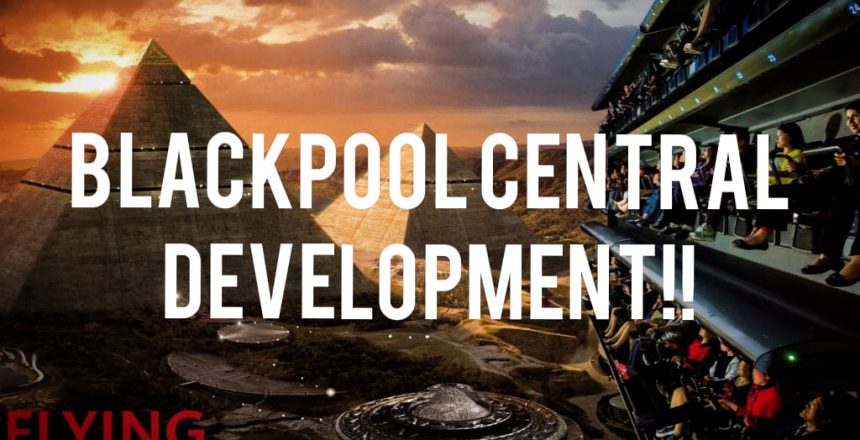 What is the Blackpool Central Development and how would it help shape the future of the historic Lancashire seaside town for the better?

What is the Blackpool Central Development, why all the interest and how would it potentially help put Blackpool back on the map?

Back in December of 2018 an agreement was struck over the former Blackpool Central site between Blackpool Council, Nikal LTD and Media Invest Entertainment to transform the former railway station into a world class leisure destination.

The brand new development will bring together pioneering indoor leisure facilities such as the UK’s first ever Flying Theatre (a title since set to be taken by Legoland Windsor in 2021), VR gaming and even an Alien Diner in the aim of putting Blackpool back on the map as one of the UK’s top tourist destinations.

The entire space set to see transformation has been said to be 17 acres in total with the site standing just 200 meters reaching distance from Blackpool’s most iconic structure – The Blackpool Tower!

The total cost of this game changing development has been set at £300 million and has been estimated to create over 1000 new jobs for locals.

Investors have also estimated that the brand new tourist destination could well pull in up to 600,000 more visitors to per year to Blackpool combining an estimated spending increase of up to £75 million per annum!

Some of the other brand new attractions and facilities said to be included in the development are an Artisan Food Market, a Thrill and Gaming Zone, a Multimedia Exhibition, a VR Experience and Adventure Land and an Event Square.

With such a wide range of varied and versatile reasons to visit Blackpool Central once open it’s easy to see why this would have been so attractive the town’s council as being the perfect fit for the site.

Below are some examples of further concept art revealed by developers prior to the agreement being reached in 2018.

It was also revealed that the site would be themed around the ‘The Chariot of the Gods’ –  a series of novels written by novelist Eric Von Däniken in the 1960s and 1970s.

The novels revolve around enigmas such as the unsolved mysteries of the pyramids of Egypt and Mexico, ancient cave drawings and the Easter Island Head Monuments to name but a few.

The IP itself is also currently under the ownership of Media Invest Entertainment (one of the investors involved in the project).

It has also been revealed that Blackpool Council will see heavy involvement in the project as they work alongside developers to ‘unlock’ the site’s potential over a phased period of up to 8 or 9 years.

With all of this in mind it’s safe to say that should this exciting new development come to fruition, it will almost certainly help shape a much brighter future for the seaside town of Blackpool in years to come!

For an even better idea of what you can expect from this brilliant new development however why not check out the below official video released by Blackpool Council in December 2018 showcasing what’s to come?