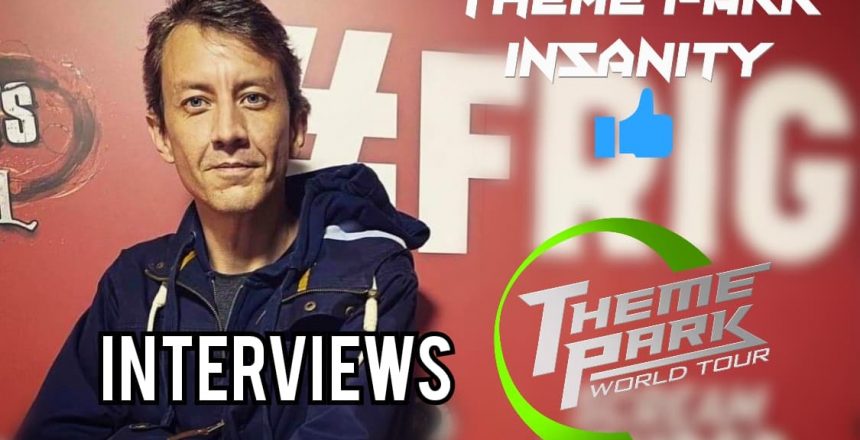 We sit down for an exclusive chat with the one & only Adam Eldrett of Theme Park World Tour!

When it comes to professionally produced and well directed theme park content, there is one channel in particular which for us stands proud at the top of it’s game captivating both it’s followers and viewers alike!

Theme Park World Tour is the brain child of Adam Eldrett, a theme park enthusiast whose passion for the industry continuously shines through in every piece of content he creates.

Boasting everything from some of the best theme park documentaries on YouTube to date to povs, vlogs and so much more Theme Park World Tour never fails to entertain and inform all who watch in brand new unique and exciting ways with each and every video.

We were therefore deeply honored when we recently received the opportunity to sit down with the man himself (virtually of course) and learn more about how the channel came to be and what inspires him to create what is quite possibly some of the very best theme park content on YouTube to date.

Here’s how it went!

Who is Theme Park World Tour?

That’s a good question Joe, who or what is TPWT? It’s actually an interesting point in itself that for a while I was very scared to put too much of myself in the content I make, it reached it a point where seemingly people who followed the channel did not even know my name!

I think I have changed that a bit recently but yeah my name is Adam and I have this You Tube channel called Theme Park World Tour.

We have some flagship ‘fan boy’ documentaries about theme parks on the channel where we delve into the history of the parks, they are far from perfect and I am not sure I would call them real films but that’s the idea anyway and people seem to enjoy them.

My daughter has become part of the channel and we try and share a few videos of us each year, visiting new parks and returning to ones we already love.

We have also been lucky enough to work directly with a few major theme parks in the UK and have also covered some amazing press events of ride openings and seasonal events where I hope the coverage has been fun and informative.

How did the channel first come to be?

It was a real mix of things!

My real life job had always been quite creative but that changed a little bit and it felt I needed a creative outlet.

I was going to paint my girlfriends house at the time but she was having none of it, So I started to toy with some ideas about making a video about Alton Towers.

A long story short, I once chatted to my late mum about making a documentary about the history of Alton Towers and it was that burning idea I guess that led me to YouTube, a more public admission of a long love of themed attractions and the creation of the channel.

What began your journey to becoming a theme park enthusiast?

A school trip to Chessington when I was about 13 is a very clear memory, but I also remember being bamboozled by adverts often for far away places like Busch Gardens and Disneyland.

I longed to go to those places!

I went on Nemesis for the first time in around 1995 I think it was. The Corkscrew was in Ugland that was for sure and the Thunder Looper was still there.

It was the first time I ever went upside down on a roller coaster and I enjoyed every second of that first trip to Alton Towers.

I have been going back to the resort almost every single year ever since.

What would you say is your fondest memory from your visits over the years and why?

Taking my daughter on the Bubbleworks at Chessington as it prepared to close and then onto the Gruffalo River Ride a few months later was a surreal experience.

I rode the Bubbleworks quite early on it’s lifetime and it helped spark my love of theme parks.

This all sparked hers too and she also rode VAMPIRE for the first time (one of my first proper coasters outside of some holiday wacky worms with the family as a kid). At the moment that and WICKER MAN are her fave rides.

There is something quite special about sharing some of those things with her.

There are so many others to name from Caravan Trips to Oakwood in Wales to road trips along with West Coast, to jaunts across Poland with some ‘cred hunters’.

Having created some of the best theme park documentaries within our community to date which would you say holds the dearest place in your heart and why?

That is a very kind thing to say and really there are so many amazing content creators out there, however if I can contribute and people enjoy it then that’s great.

I often don’t expect people to watch them but it’s great people like those longer documentaries as they are often labours of love to create.

Travelling to Cedar Point with my friend Ryan was pretty awesome, the parts I filmed with him were all done in one take, as usual not perfect camerawork and sound etc. but we got across what we were trying to show I think.

It was also the first time I used a bigger gimbal and a slightly better (but still very entry level) camera (I do think the results are there on the screen for people to see in terms of the coaster footage and it’s a video I personally enjoy watching back). I think it’s the best one.

The first one (the Towers One) will always be there and is special to me for a few reasons but honestly I would make that video quite differently now with all that I have learned.

How has your approach to creating content changed (if at all) since you first began doing so?

In terms of the creation of the content I guess I slowly learned how to use a camera.

I started with a GO PRO and nothing else, eventually getting a Sony Camera which although is not an SLR is still a really powerful tool in making the slow motion shots and B roll.

Some things have not changed. I still use the same editing software, I still keep myself out of a lot of the content!

It’s rare I give you my opinion on the channel and am very appreciative of a lot of the enthusiasts, magic makers and creatives who take the time to talk to me and contribute to the videos.

What does Theme Park World Tour do outside of creating content?

Well as you know I am a dad which takes up a lot of my time as well as my real life job which keeps me very busy.

I am a keen fisherman and will happily disappear in the summer especially for days on end chasing a legend or rumour of a giant fish.

Would you say there are any other pastimes which you share the same level of passion for other than theme parks?

It would definitely be my fishing!

People say ‘roller coasters and Fishing’ are two very different things?, but both to me are pure escapism, ‘unreality’ if you will. Neither of those things are the real world really.

During the various lockdowns last year I took my daughter fishing a few times, even on overnight trips and we made some magical memories.

I think it’s something we will always do together as well as head to theme parks.

What would you say has been your biggest challenge since first establishing Theme Park World Tour?

As I touched on earlier I have honestly found it hard to decide how much of my personal life becomes part of the channel.

At first I very much just saw it as a brand but it really was too faceless and I have tried to change that a bit recently.

I also hadn’t picked up a camera properly since college some 20 years ago, it’s been a steep learning curve technically but hopefully the content looks and sounds a lot better than it did in the early videos.

It’s always a challenge to really produce something I feel is worth releasing and it continues to challenge me with each and every video.

At the end of the day it’s just a hobby and I don’t put myself under any pressure now to make content, however that wasn’t always the case and think I made things a lot harder for myself in the beginning than it needed to be.

Finally, what does the future hold for the channel? Are there any teasers you can treat us to?

No specific teasers but I do have some plans to get more enthusiasts involved in what I expect to be a short series of dedicated videos.

I would also love to make something slightly more mainstream one day, the channel very much caters for enthusiasts and always will but I do like and toy with ideas that could reach a broader audience.

There are after all fanatics out there with all sorts of interests and I think anyone with an overriding enthusiasm of anything can be quite captivating.

More of those ‘TALE OF’s are coming, Chessington in next, a park really close to people’s hearts and the first theme park I ever went to.

We would love to say a massive thank you to Adam for taking the time to sit down with us, it really has been fantastic to learn more about who the family behind the channel are and how Theme Park World Tour has progressed into the amazing channel it is today!

If you haven’t already then we can’t recommend heading on over to their YouTube channel and checking them out! The content Adam creates is absolutely incredible and is not to be missed!

It’s safe to say that the future is very bright for Theme Park World Tour and we can’t wait to see how the channel evolves and changes in the coming years now Adam has embraced the more personal approach in the content he creates! 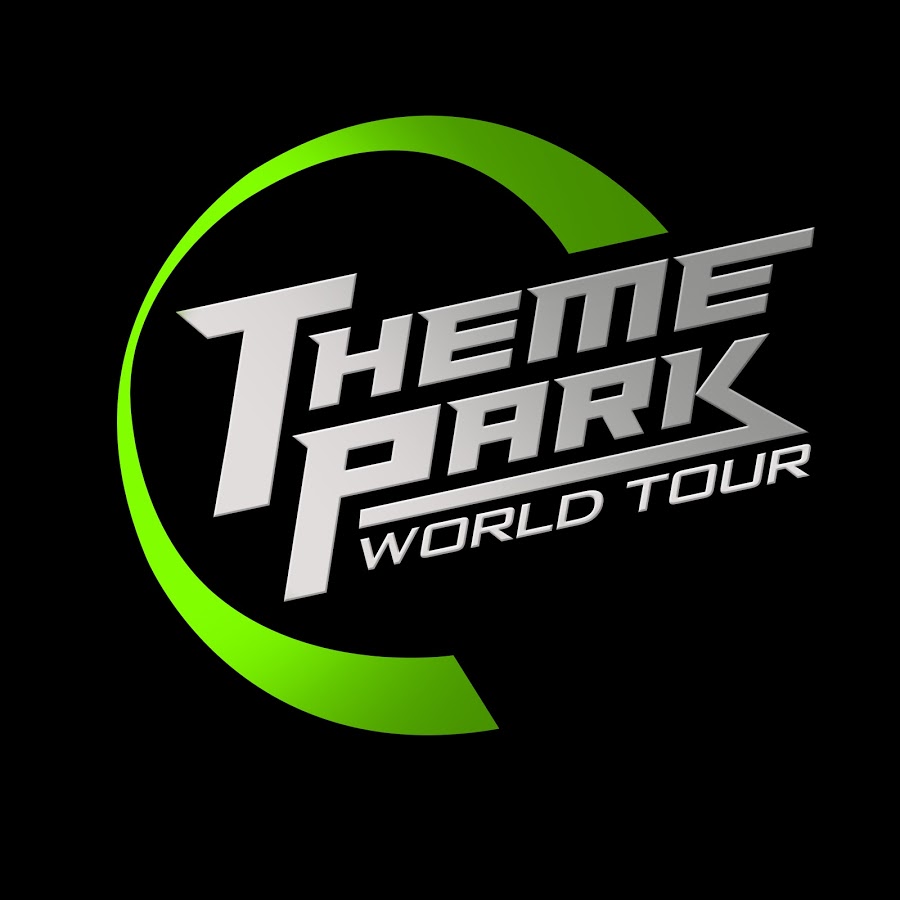