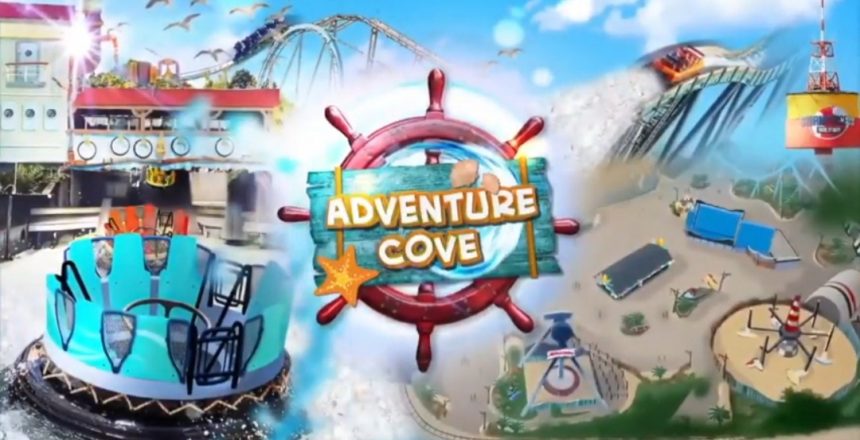 After dropping several cryptic teasers across social media over the last week or so, Drayton Manor have today finally confirmed the arrival of Adventure Cove for the 2021 season.

The brand new area is a re-theme of the existing area surrounding Shockwave, Storm Force 10 and Maelstrom.

Adventure Cove has been announced to be opening in phases with phase one set to open in Spring 2021.

As previously speculated the newly themed area also includes the return of Splash Canyon which will now be known as The Rive Rapids ride.

The River Rapids ride will take adventures on a colourful cartoon style journey through a vibrant fishing port as they explore the coastal cove and the town surrounding it;

“The young and young-at-heart will be taken on a journey, through a cartoon-style fishing port, on their very own 9-person boat around a rapids course, past vibrant painted shacks and seafarers.”

Adventure Cove marks the first stage of The Looping Group‘s plan to revitalise the park and secure it’s future and it’s safe to say they really off to a flying start.

Other family favourites such as Shockwave and Storm Force 10 have also received a re-paint sporting a brand new veritable rainbow of vibrant colours.

Storm Force 10 also sounds as though it has received a new back story too with thrill seekers now set to embark on an exciting lighthouse rescue mission.

The new area is set to bring a “colourful coastal feel” to the area and it’s also been confirmed that more additions to the Adventure Cove are set to be announced in due course.

This new approach by The Looping Group is said to bring more new elements to the park’s family friendly offering in the years to come.