What makes the perfect launch coaster? 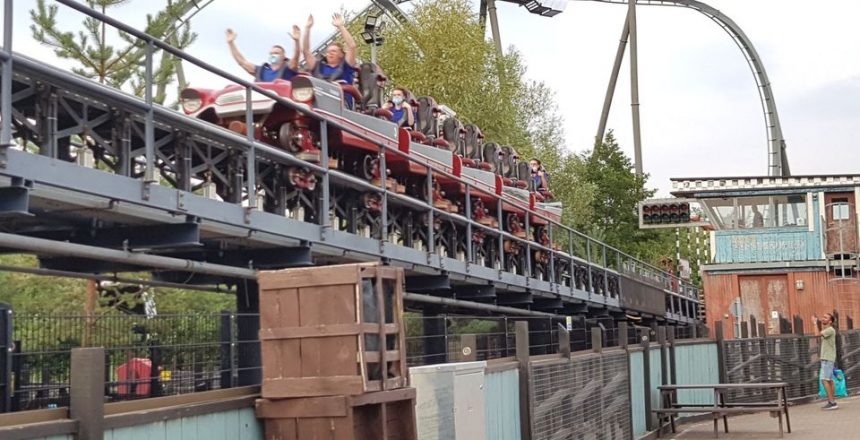 What DOES make the perfect Launch Coaster?! Is it just all about the speed, or is there more to it?

When you think of your idea of a perfect launched coaster what’s the first thing that jumps into your mind? The Speed? The Elements? or is there more to it?

In reality as much as the main idea of a launched coaster is excel at speeds of those similar to stepping into the drivers seat of an F1 car, in reality for us here at TPI we feel there is far more to the perfect experience than just this. 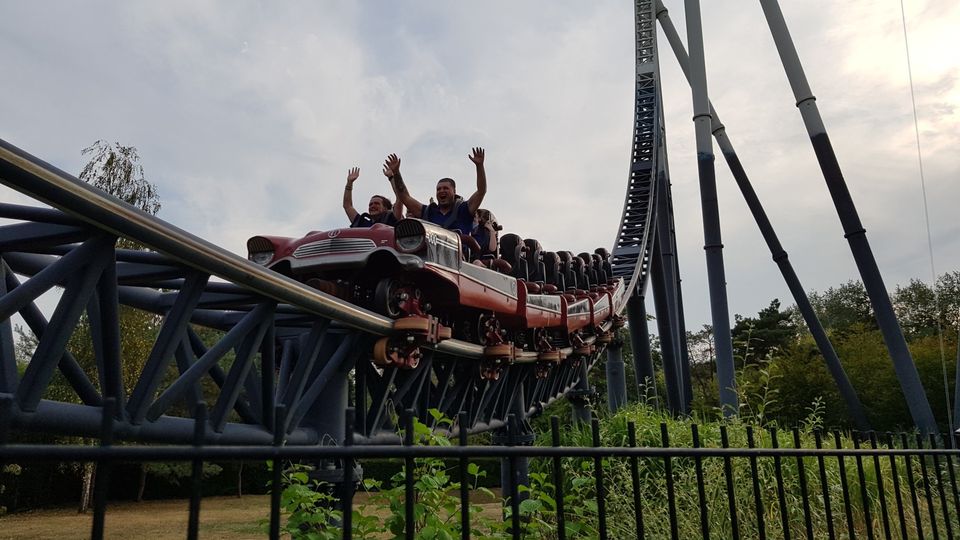 The need to hit eye watering speeds in meer seconds seems to be the main draw to most launch coasters these days, however for us we feel that there is far more to a perfect launched experience than just speed.

The reality is that the faster the train travels the more likely you are to hit elements such as airtime hills or top hats (in Stealth’s case) with a far greater ferocity than that of your average coaster, and for that reason one main draw to any launched coaster for us definitely has to be airtime.

For those unfamiliar with the concept of airtime, airtime is the experience of your bottom leaving your seat during a ride on a coaster.

The sheer feeling of weightlessness as you float through a short hop during your ride (e.g similar to that of a particular section of ICON at Blackpool Pleasure Beach), or in Stealth’s case a rather high top hat (a massive hill in layman’s terms – straight up and straight back down again)  is like catnip is to cats for those addicted to riding coasters.

There is also quite a variety of different styles of launches on today’s coaster market and with everything from the sharp and highly intense Hydraulic Cable Launch to the smoothness of an LSM launch (Linear Synchronous Motor launch) it’s very true that experiences can vary when it comes to reaching the speed needed for a particular ride. 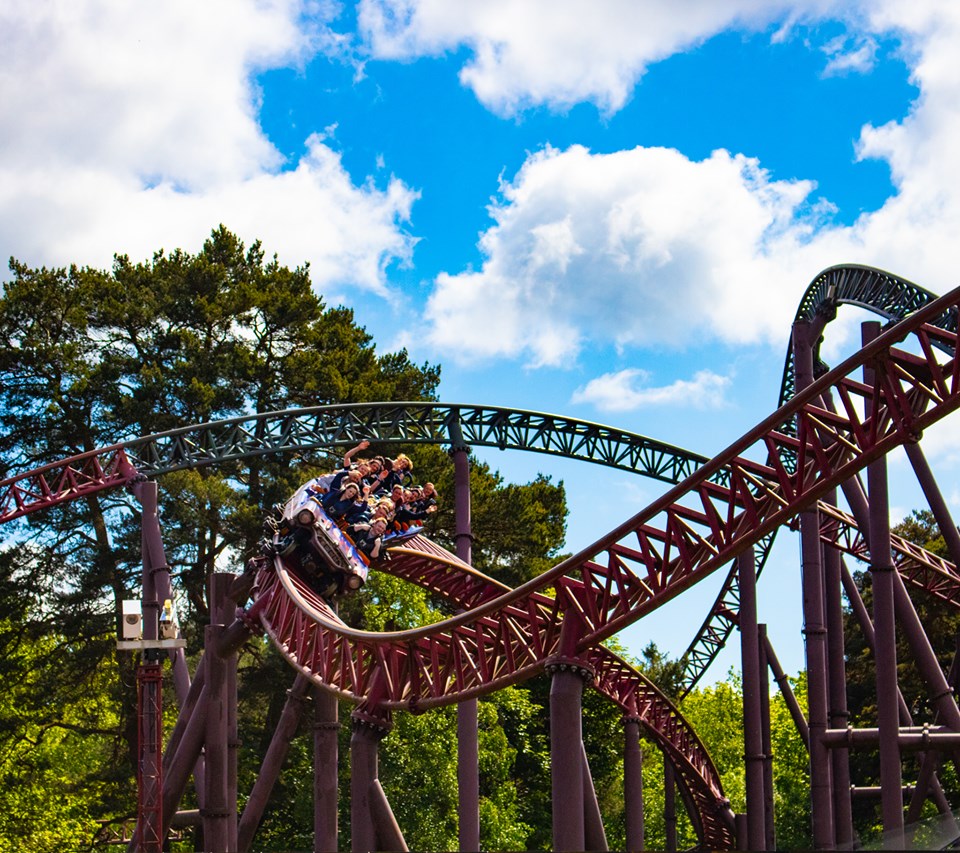 However as much as speed is the main draw for most, Icon (Blackpool Pleasure Beaches Double launched coaster) proves that you don’t always have to be plastered to your seat when it comes to riding a great launched coaster.

Icon Not only has the speed of it’s two launches (yes we know it’s no the fastest, however it’s still fast enough in our opinion), however smoothness, and when it comes to inverting or traversing it’s lengthy layout Icon delivers possibly one of the smoothest and most enjoyable launched experiences in the UK.

With plenty of twists and turns as well as some of the best hangtime this side of the North/South divide Icon really does prove exactly what a great launched coaster can achieve when more than just speed is factored into the equation. 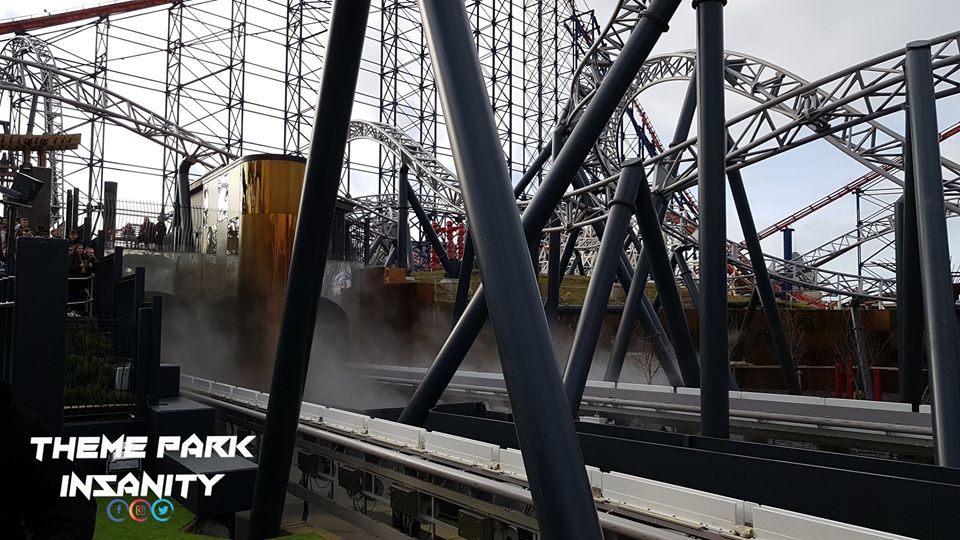 There is one factor however in all of this that still remains true to this day, perfection remains a matter of personal taste and perspective.

Others may also say that their idea of a perfect launched coaster is Velocity at Flamingo Land due to the unique seating position of that similar to a motorbike and the way it creates some fantastic near misses throughout the experience.

Overall the idea of the perfect launched coaster is purely down to the individual and is not something which in our opinion can be universally determined. 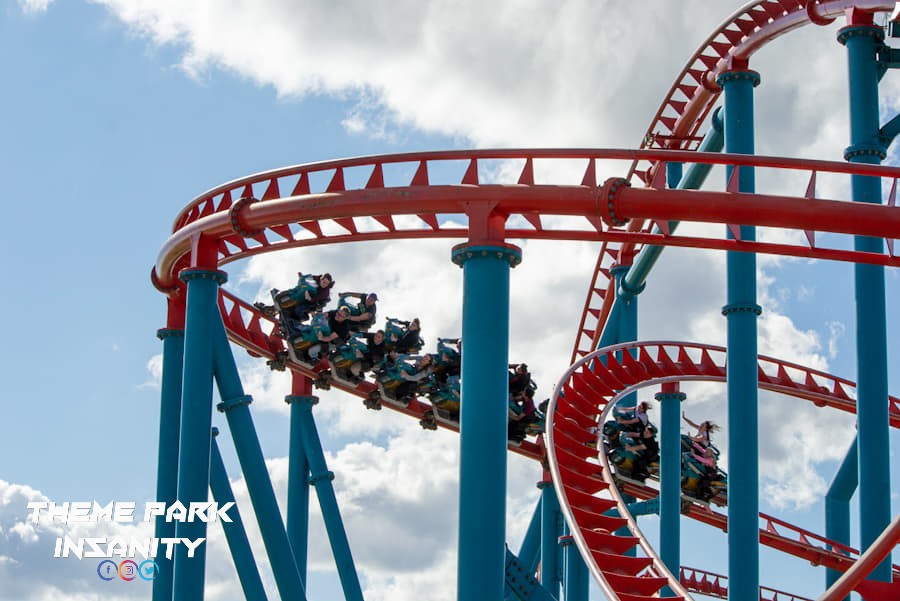 Now when it comes to our idea of launched coaster perfection it’s definitely become no secret since we had our first ever visit to Thorpe Park that we have developed a real soft spot for Stealth!

This monster of an Intamin Accelerator coaster is in our opinion everything you could ever want from a launched coaster experience.

Not only does it get your pulse racing faster than the pace of Flying Fish (yeah that’s right, we referenced the fish haha!), however it also gives for some absolutely fantastic views across the park and beyond, some absolutely exquisite floater airtime over the top of the top hat and a lovely little surprise pop of airtime as you hit the airtime hill after the coming back down prior to the brake run.

Stealth is nothing short of pure adrenaline, and let’s face it when you ride a coaster what’s the one reason you choose to do so? It’s to give you a rush you’re not likely to find in your every day lives!

For that reason Stealth is our idea of a perfect launch coaster, however there are many we know who would happily take a ride on ICON over Stealth any day of the week and this is due to the length of the ride, the uniqueness of the layout and the fact it gives for some of the best hangtime you’ll find on any launched coaster here in the UK. 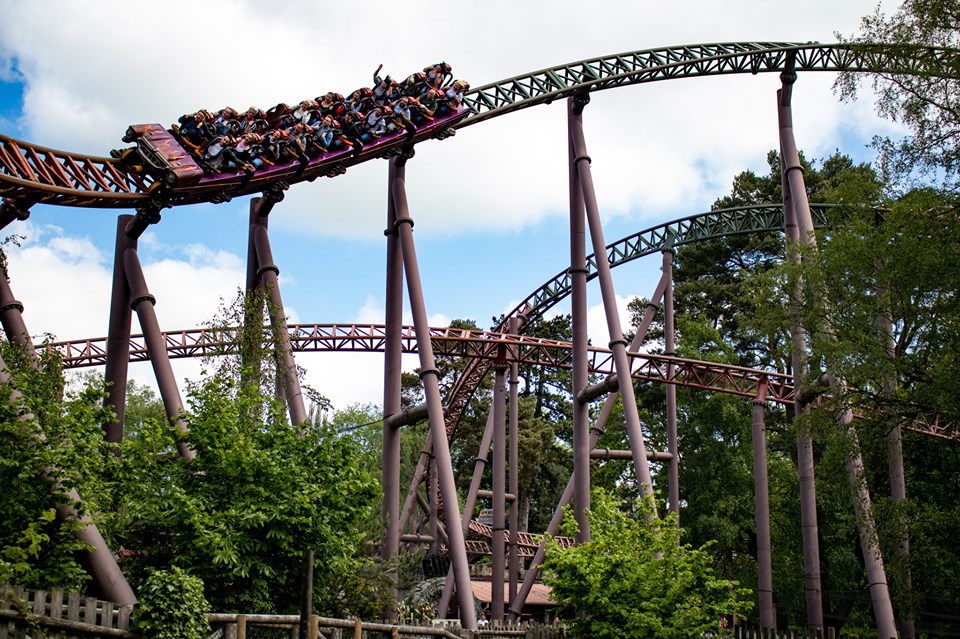 At the end of the day there really does appear to be no such thing as it really is a matter of perspective and therefore we’d like to put the same question to you? What’s your idea of the perfect launch coaster? Is it reaching eye watering speeds in meer seconds? Is it floating through some fantastic airtime? Or is it banking strong enough to make your internal organs implode?

Let us know what makes the perfect launched coaster for you in the comments below!

PrevPreviousWhat can you expect from Alton Towers Oktoberfest?!
NextHow does having a passion for theme parks affect your everyday life?Next