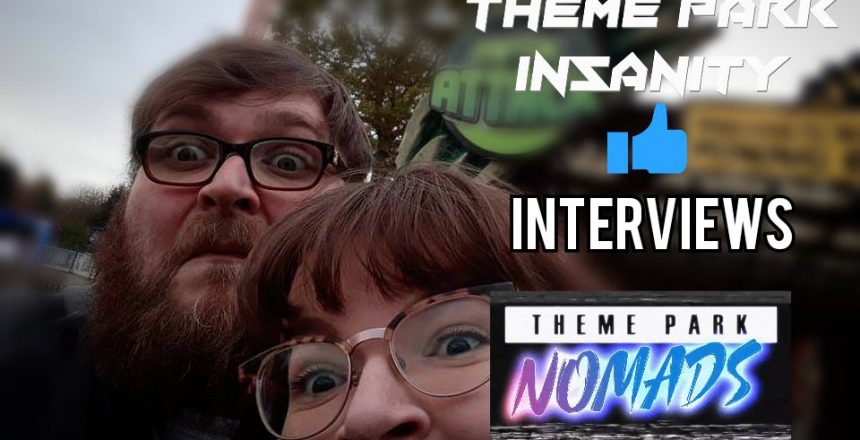 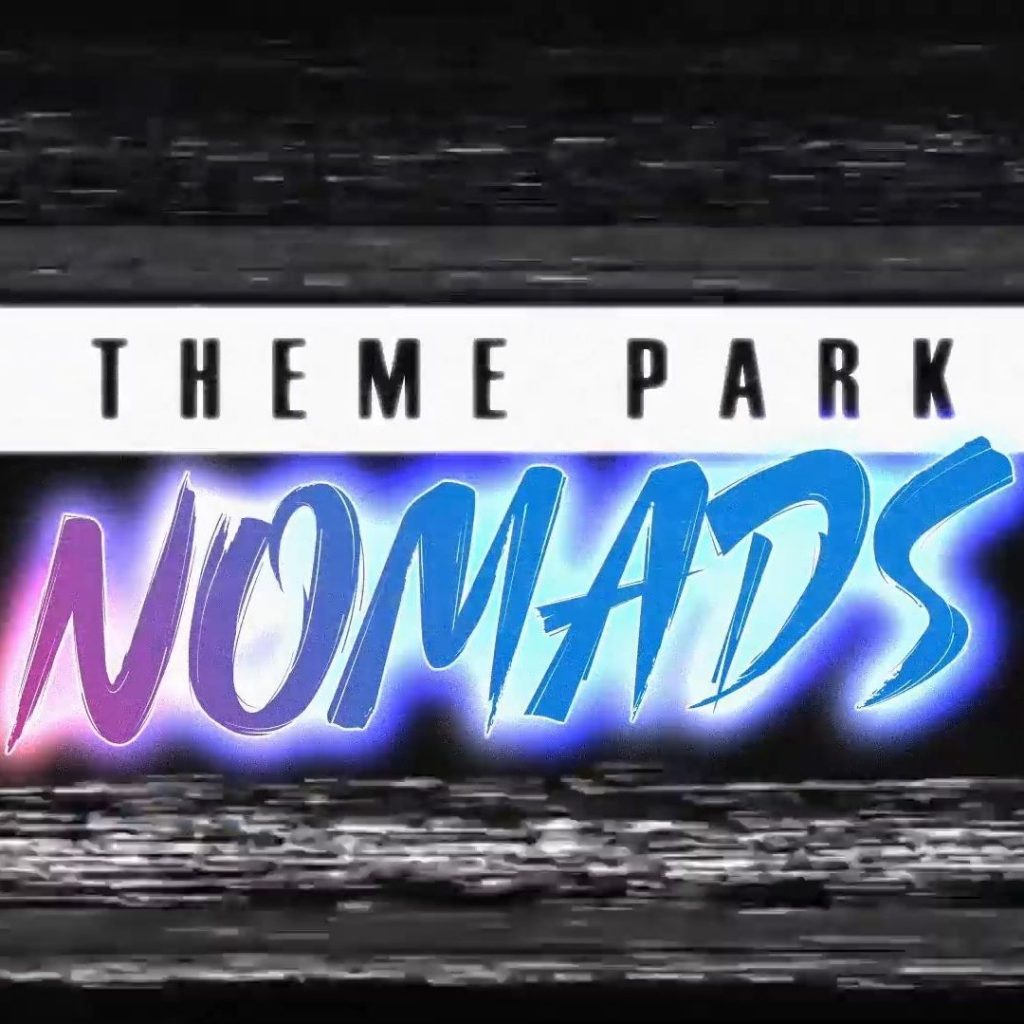 We sit down with the absolutely fantastic Ben & Holly from the incredible YouTube channel Theme Park Nomads!

When it comes to combining impromptu comedy with an honest passion for all things theme parks Ben and Holly from Theme Park Nomads have got you covered each and every time!

Sharing their passion for all things theme parks Ben and Holly have continued to take their creativity to the next level as they have gone from strength to strength over the past few years.

Although highly entertaining, it’s their passion and creativity that really shines through the most and the originality in every video they make!

We were truly lucky recently to be given the chance to sit down with the one and only Ben Watkins and learn more about who Theme Park Nomads really are, what makes them tick and how the channel came to be!

Here’s how it went.

Who are Theme Park Nomads?

I’ll do you one better….. WHY ARE THEME PARK NOMADS?

Theme park Nomads is me, Benjamin Watkins, & when she wants to be on camera, my long-suffering girlfriend Holly. Plus Snax our horrible evil Cat & Atticus our British Bulldog. Atticus can’t fit on the rides though, trust me we’ve tried.

We go around Theme parks with a camera I don’t know how to use and show off my love for one of my favourite hobbies, I would consider myself more of a Theme park enthusiast over a roller coaster enthusiast. That’s not to say I don’t enjoy coasters. I just prefer a park that has an overall polished package in terms of it’s Dark Rides, Customer service, Food (oh nom nom nom) & most of all it’s Theming and how it immerses you in its own brand of escapism.

What first inspired the inception of the channel?

I was always apprehensive of the term “Influencer” so it took me a while to get past the negative connotations of what’s considered an “influencer” in this day and age. I’ve always learnt and had experience in entertainment, I’ve worked as an actor, I’ve worked backstage in theatres, I’ve even had a stint at being a semi-pro Stand up Comedian.

Although I’ve dipped my toe into those things, I just didn’t feel as stimulated as I thought I would, so I came across Theme park vloggers on YouTube!

I’ve always had an affinity with Theme parks & roller coasters, I was just never aware that there was a strong community of enthusiasts in the UK!

So I bought myself a semi-expensive camera, taught myself how to edit & here I am today!

How did your journey to becoming an enthusiast begin?

I suppose it was my 30th birthday and I was adamant that I wanted to go Alton Towers like a child. It turns out I managed to sway Holly into my love for the Theme Parks too.

That’s where it works in conjunction with the answer above…. We watched theme park vlogs together & decided I should just do it?

What is your most treasured theme park memory to date?

Offt, the thing is, this might be a bit deep.

in 2003 our family went to Disneyland Paris. My Dad, Mum Sister & 2 brothers. I’m the oldest of the siblings.

The thing is my youngest brother Jack – He was a bit troublesome, we didn’t really get on as normal brothers should

But the middle brother George, the one just under me in terms of age we went on Space Mountain (this was back when it’s design was actually decent with the steampunk Jules Verne aesthetic) prior to Hyperspace Mountain etc.

Obviously, George and I loved it.

After much pushing & shoving, we managed to get Jack the troubled child onto Space mountain as he was just tall enough to get on it. He was terrified. But afterwards, he was so thankful that we got him on it, he even said thank you.
That’s was one of the very few times we got on.
As time went by Jack became more troublesome, with more disagreements and fights I’d like to admit.

in 2015 his mental health caught up with him, unfortunately, we lost him to depression.
But I remember for a brief moment in 2003 in Disneyland Paris I was his favourite big brother, if only for an hour.

Where does your inspiration for the content you create come from?

I’d say I try and bring in quite a bit of comedy to my vlogs, so maybe from the Stand-up comedians I watch from Stewart Lee, Richard Herring, Joe Lycett etc.

In terms of vloggers I’d say I take great inspiration from Airtime John & Cupcakes & Coasters just because a lot of their personality and humour is shown throughout their vlogs.

What style of content, in particular, is your favourite overall?

My favourite content is where I give out raw emotion to a new ride or area.

When Rookburgh opened we managed to get over there & experience F.L.Y and immerse ourselves in the steampunk area.

I took my camera without even looking at other vlogs & just showed you my raw first reaction. I like to show you my human side.

What does Theme Park Nomads enjoy most outside of theme parks?

Not your usual gamer mind, I’m a sucker for classic point & click adventure games. Anything from Day of the Tentacle, Monkey Island to Broken Sword.

I‘m a movie buff too, when it wasn’t you know….. Lock down after lockdown i had a Cineworld card, Me & Holly love the cinema… Just switching off and let the movie control your conscience for a bit.

I like the other usual things that a human does.

How would you say your personality is represented the most in the content you create?

I would say for the most part yes 🙂

There is an element of where there’s more of a level of showmanship for the camera, which means there are levels of my personality which are “hammed” up, but for the most part, what you get is me on your screens.

Finally, what are your plans for the channel moving forward and what can fans look forward to from you in the future?

I’m also giving the channel a re-brand, you may have noticed that I have a new retro-looking intro – That VHS style will be implemented throughout my vlogs now.

We would like to give huge thanks to Ben for this amazing opportunity, and we definitely can’t wait to see what exciting things happen as Theme Park Nomads continues to move ever forwards in the years ahead!

If you haven’t already then be sure to check their fantastic channel out, and don’t forget to check them out across all major social media platforms too!

Have you checked out this awesome channel for yourselves yet? If so, what did you think? And if not, then why?! haha!

Thanks again to Ben for this incredible insight into the world of Theme Park Nomads!!

PrevPreviousAbyssus – Should You Be Excited?!
NextWhat should we expect from 2021?Next