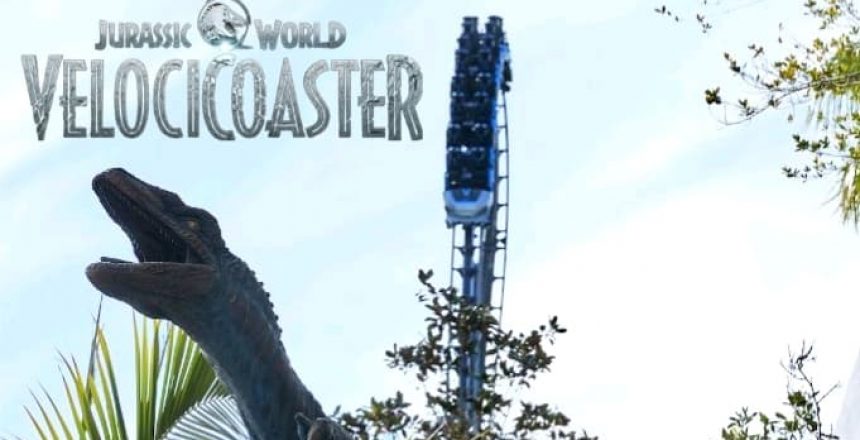 Jurassic World VelociCoaster is arguably one of 2021’s most anticipated U.S. based coasters, and after what will have seemed like an eternity for many, thrill seekers finally got to step aboard Universal Orlando Resort’s brand new headline ride this weekend!

Over the last year both roller coaster enthusiasts and members of the public alike have marveled and looked longingly across the lake as this epic new ride has gradually risen out of the ground like a prehistoric beast being reborn.

It was on Sunday the 2nd of May however when public thrill seekers would finally get the chance to step aboard and pit their wits against the formidable prehistoric A-Team Blue, Charlie, Delta and Echo – Jurassic World’s finest raptor hunting squad!

Although team member previews had been taking place over the past week, It was this Sunday that finally revealed the true first reactions to this epic new addition (and we haven’t heard a single complaint to date).

along with first reactions we have also had the chance to see some of the first on ride footage to surface online, and we can’t deny Jurassic World VelociCoaster looks INSANE!!

The below video published by YouTube channel Chasing Dreams with Mike provides the first high quality on ride look at this epic new addition as well as a full walk through of the queue line, so if you don’t want to see any spoilers we highly suggest you give this a skip.

As you can tell VelociCoaster is fast paced, unrelenting and down right savage (which given the ride’s theme and back story is fitting down to a tee) meaning the ride keeps it’s pace from start to finish.

VelociCoaster also reaches top speeds of up to and including 70 mph, heights of up to 155 ft and features 2 LSM launches meaning just when you think the pace is slowing, you’re in for heck of a boost as you soar skyward towards the peak of the ride’s now iconic top hat over the lake!

This epic new addition also features of some of most immersive themeing we have seen on any new roller coaster since the introduction of Hagrid’s Magical Creatures Motorbike Adventure to Universal Orlando back in 2019.

The two launches are also extremely fast paced meaning riders will go from stand still to 50 mph in just 2 seconds on the first launch and 0 – 70 mph in 2.4 seconds on the second launch.

The ride also features an indoor dark ride section at the beginning as the ride ‘powers up’, a total of 4 inversions and a total ride length of 4,700 ft making it 1,000 ft longer in length than it’s rival –  ‘The Incredible Hulk’. 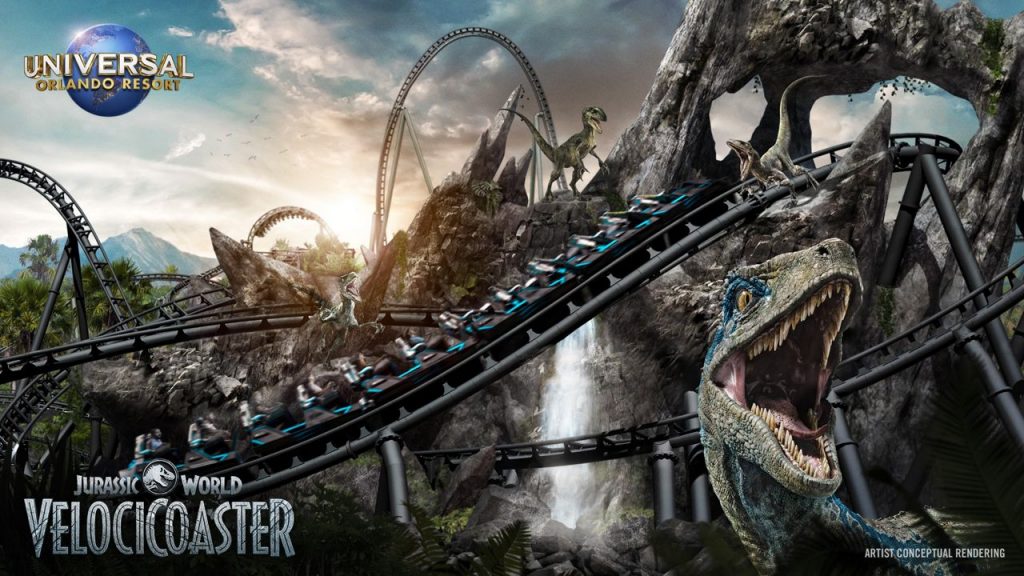 This Apex Predator is officially set to open to the public on June 10th, however if pass holder first reactions are anything to go by then members of the public really are in for one hell of a treat on opening day.

Will you be heading out to Universal Orlando resort on June 10th to experience this exciting new addition for yourself? If so, we would love to know in the comments below!