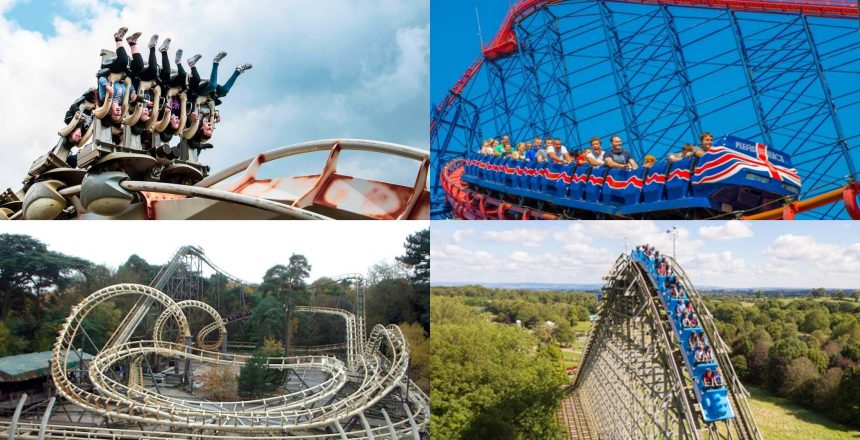 Roller Coasters That Helped to Define a Generation!

Okay, so I don’t know about you, however when I think of roller coasters over the last 40 years, I can name at least one defining addition for each decade.

With that in mind, today I’m taking a look back at roller coasters I feel helped to define a generation.

Now then, there’s no doubt that this will differ depending on where you are in the world, so for the purpose of this article I’ll be focusing on the UK only.

in truth, the UK has played host to some pretty major roller coaster openings over the last 40 years!

The Pepsi Max Big One (now The Big One) at Blackpool Pleasure Beach, The Corkscrew at Alton Towers, The Ultimate at Lightwater Valley & Shockwave at Drayton Manor all stand out some of the most obvious to me.

In truth, there are far too many to pin point just one per decade, therefore let’s take a look back over the last 40 years and consider which roller coasters stand out as the most significant ones to that decade (in our opinion).

Of course, we have to start with the 80’s right? 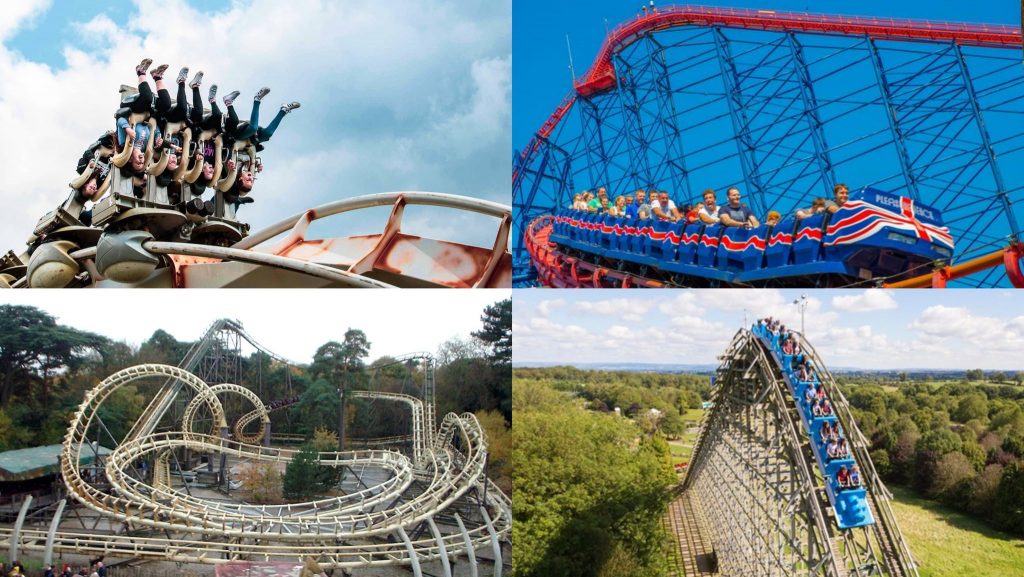 When it comes to the British theme park industry, the 1980’s by far stand out as being one of the most significant decades where thrilling new experiences are concerned.

With Alton Towers officially opening as a fully fledged theme park for the first time in 1980 & Thorpe Park welcoming it’s first roller coaster with Space Station Zero (now known as The Flying Fish) the 1980’s in our opinion gave birth to the UK thrill scene.

But which roller coasters stand out as being the most significant to that decade? Well, I can think of ONE right off the back!

The Corkscrew at Alton Towers opened on the 4th of April 1980 as one of the UK’s first ever inverting roller coasters.

The new ride drew huge crowds to the park and spiked attendance placing Alton Towers on the path to becoming the UK’s thrill capital.

The Corkscrew was a Vekoma MK1200 Corkscrew roller coaster & was the first of two to open here in the UK with the second opening at Flamingo Land Resort in 1990.

Other significant roller coaters to open in the 1980’s include Black Hole at Alton Towers, Avalanche at Blackpool Pleasure Beach and The Beast at Alton Towers.

Of course, EVERYBODY remembers The Year of the Roller Coaster (aka. 1994), however Nemesis, The Pepsi Max Big One & The 7UP Shockwave weren’t the only ones to make an impact that decade.

The 90’s also played host to a whole range of exciting new additions opening across the UK too.

These included (but are also not limited to) Magnum Force (aka. Drier Looping) at Flamingo Land in 1990, Thunderlooper at Alton Towers in 1990 and The Vampire at Chessington World of Adventures in 1990 to name but a few.

Other additions such as The Ultimate at Lightwater Valley (The world’s longest roller coaster at the time of opening) also opened in 1991 too setting the precedent of things to come where British roller coasters were concerned.

Overall, It’s safe to say that the British roller coaster industry BOOMED back in the 90’s as it gave birth to some of the UK ‘s most significant additions to date (including the UK’s tallest roller coaster – a title set to be snatched by Thorpe Park in 2024 with Project Exodus).

If we had to pick just ONE stand out addition during the 90’s though, it’s got to be Nemesis at Alton Towers.

Nemesis is the one ride which still continues to capture the hearts of all who ride it & who really helped shape the direction that Alton Towers have taken to this day.

With both RITA: Queen of Speed (now just RITA) at Alton Towers & Stealth at Thorpe Park both changing things up a gear, the UK roller coaster scene advanced into the world of BIGGER, FASTER & EVEN MORE INVERSIONS.

This arguably stepped up the game and gave British thrill seekers a taste of experiences previously only found outside the UK.

The absolute behemoth of a ride stands at 205 ft tall and propels riders from stand still to  – 80 mph in an eye watering (literally) 1.9 seconds!

For this reason we definitely feel it’s one of the most significant additions where the 00’s are concern.

The 2010’s brought with it a whole new kind of roller coaster here in the United Kingdom.

The ONE addition that arguably stands out the most for me though has to be The Smiler at Alton Towers.

The Smiler is without doubt not only one of the significant UK additions in the last 15 years, but also one of the most globally significant ones too.

Officially taking the world record for ‘most inversions found on any roller coaster worldwide’ (14 in total) upon opening, this tangled mess of steel has helped shape the industry in more ways than one.

The Smiler is unequivocally a work of genius (and art) & packs more into one small space than most have into layouts 3 times it’s size!

The 2010’s have also helped attraction designers shift their focus away from creating purely thrill based additions.

With ‘Year of the Roller Coaster 2’ coming along in 2018, designers created new additions centered more on the experience as opposed to the thrill.

This can be seen by Wicker Man at Alton Towers and ICON at Blackpool Pleasure Beach.

Both rides appear to put ride experience ahead of the thrill in each instance as neither could really be classed (in my opinion) as thrilling.

Overall, the 2010’s have really helped change things up and have created some of the UK’s most memorable new additions over their action packed 10 years.

Not much has happened with regards to major new roller coasters since we hit 2020.

So far we’ve obviously had the UK’s first MACK Rides Spinning Coaster with Storm Chaser at Paultons Park & we’re finally about to get ‘INVERSION’ at Flamingo Land  this Summer, but what could the future hold?

One thing that is clear though is this – we can all look forward to a brand new thrill coaster next year!

Chessington are set to open their new Shuttle Wing Coaster (potentially themed to Jumanji) in 2023.

With that being said, there’s some pretty exciting times ahead, but what else could we see?

Well, rumours suggest that Blackpool Pleasure Beach could POTENTIALLY build another coaster in the next 5 years.

What could it be? Most have speculated a Dive Machine!

This could be a perfect fit for the park & would allow them to snatch back the title of the UK’s tallest coaster!

Others have speculated we could see a Mack Big Dipper (Lost Gravity at Walibi Holland) & this would make sense given Amanda Thompson OBE’s ongoing close relationship with the MACK family.

Overall, it’s difficult to predict exactly what we will see, however suffice to say that park’s such as Thorpe Park & Paultons Park are definitely worth watching in my opinion.

What would you like to see open here in the UK in the years to come? Let us know your predictions and wish list in the comments below?