Is The B&M Stand Up Coaster being Revived? 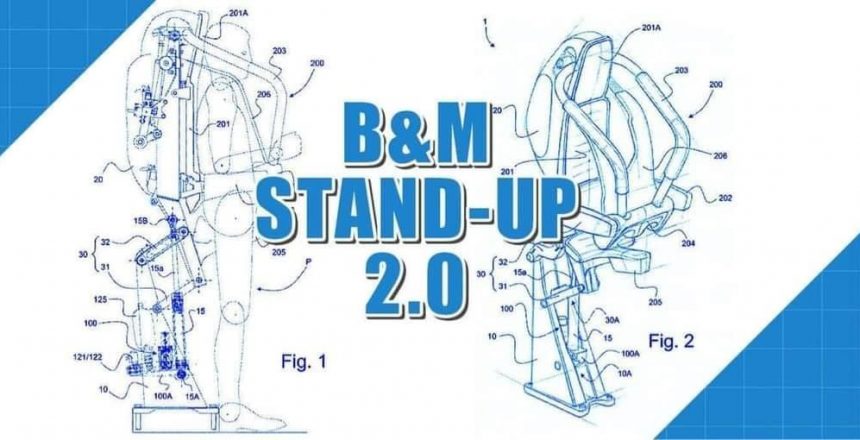 Could B&M Stand Up 2.0 mean a revival of one of the industries most infamous coaster types, and if so what does this mean for the future of our industry?!

It was revealed today that the legendary Swiss roller coaster manufacturers Bolliger and Mabillard (aka. B&M) had officially placed an application to file a patent on a brand new style of restraint for what is considered by many to be one of the manufacturer’s most controversial ride types, however what does this mean for our industry? And what can we expect to see in the years to come where the newly reimagined restraint system is concerned?

Originally being introduced into the industry in as far back as 1979 in Japan, the ‘stand up’ concept for one of the industries most beloved ride types is not one which has been universally received in it’s time with tremendous acclaim.

The  reason for this given by many is usually down to the rather uncomfortable (and let’s face it, down right painful if you happen to be male) nature of the ride seating (or lack of) and the way it sits once you’re perched and ready to ride.

Many have described this ride type as a, well, nutcracker putting it politely, however with plans now obvious to still include this type of roller coaster within it’s back catalogue of available ride types could the industries most prestigious ride manufacturer be planning an official relaunch of this ride type in the years to come?

The first stand up B&M however wasn’t officially introduced into the industry until 1991 with California’s Great America receiving Vortex, (now officially renamed as Patriot) however as the company continued to introduce other new ride types across the industry (such as what is probably considered one of their most iconic ride types to date – the invert) the stand up concept slowly started to fade into the background.

This meant that the last purpose built stand up coaster to be manufactured and installed by the company was back in 1999 with the installation of Georgia Scorcher over at Six Flags Over Georgia.

This therefore means that there has been a 21 year gap since the last purpose built construction of a stand up coaster and today, however with B&M recently filing for patent could this mean that plans are afoot to introduce a new ride of this type in the not too distant future? 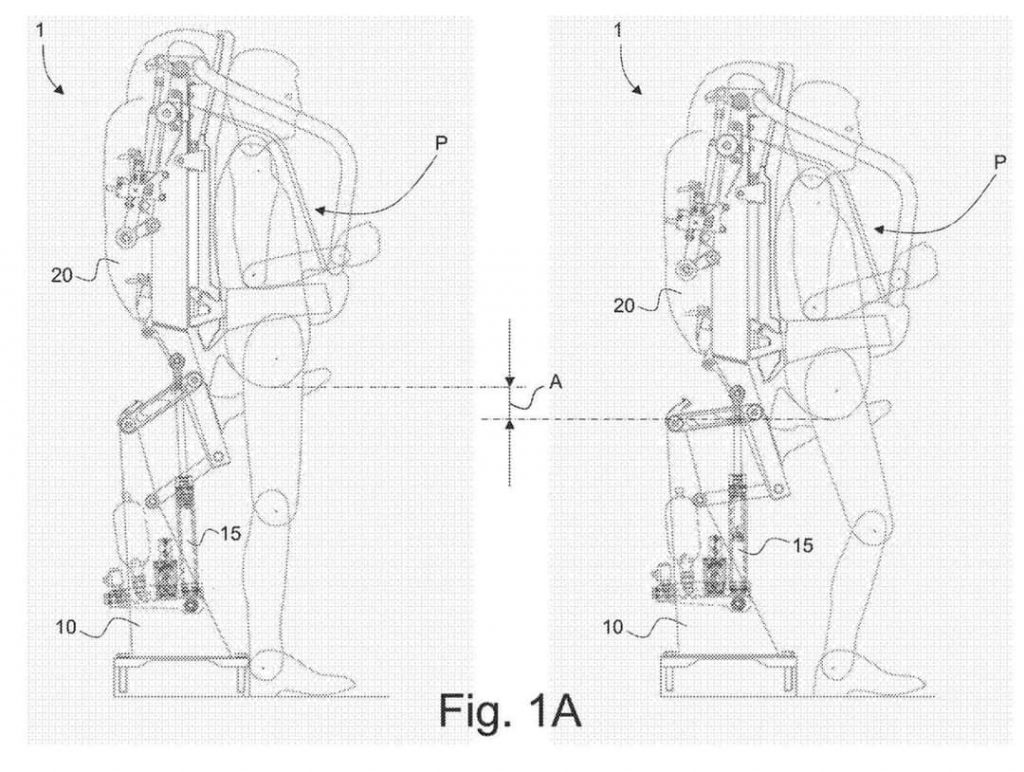 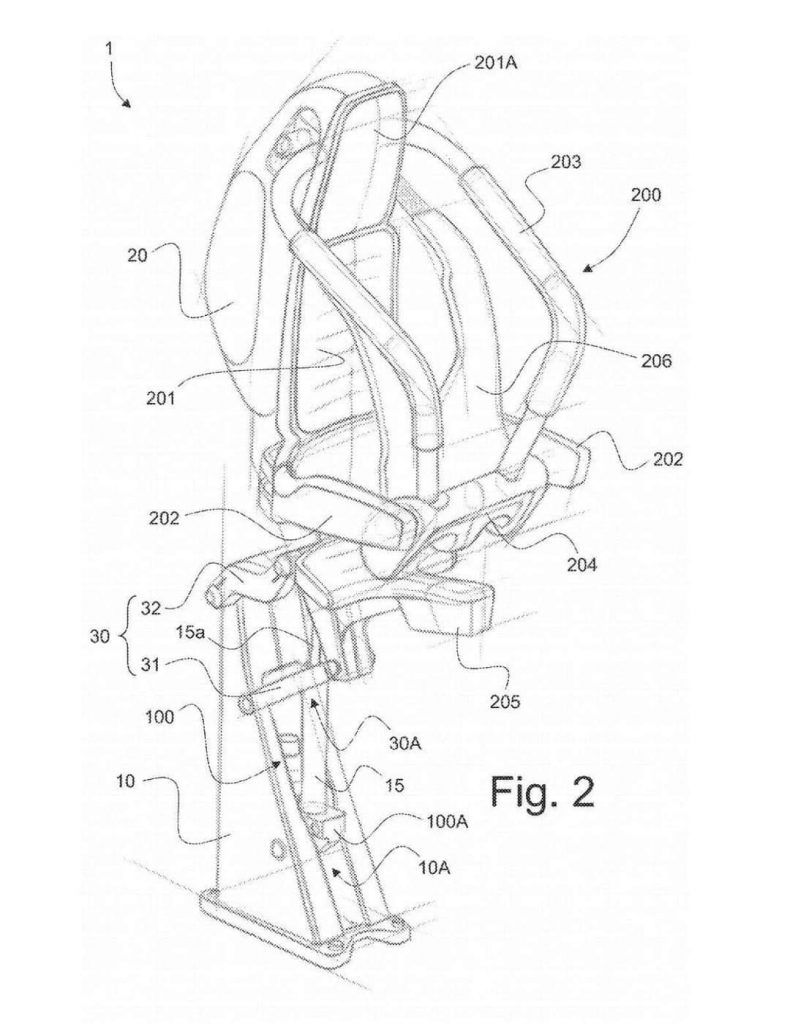 There is however one question which immediately sprang to mind for us upon seeing this news, and that’s “could this be related to the rumoured surf coaster set to be introduced at Seaworld Orlando in the near future?”

Now, as surfing technically is a standing position for the most part, could the term ‘surf’ be referring to a yet to be introduced new ride element rather than that of the actual restraint system and seating position itself? Or could it even be a planned name for the new ride given the fact it would run over the lake?

This would make a lot of sense as the company clearly still has a future in mind for this ride type regardless of the amount of bad press it has received over the years from all those who have ridden them.

The new style of restraints do however not only look to improve comfort and freedom of movement, however they also look to introduce a brand new ‘saddle’ if you will too which would spring forwards as opposed to rising to fit instead.

This would hopefully give for a slightly more comfortable riding position and would reduce the amount of impact on a certain area (not going into specifics here, but you know where we mean).

The new restraints would also feature Bolliger and Mabillard’s world famous vest style restraint too which in comparison to the their original over the shoulder restraints allow for a much more comfortable and less restrictive ride overall.

Although it remains true that the original vest restraints (such as the ones installed on The Swarm at Thorpe Park) used to lock you tightly into your seat and press down locking ever more firmly into place throughout the ride, the new vest restraints are said to have had this problem reversed which we believe puts alot less pressure on riders throughout their ride too. 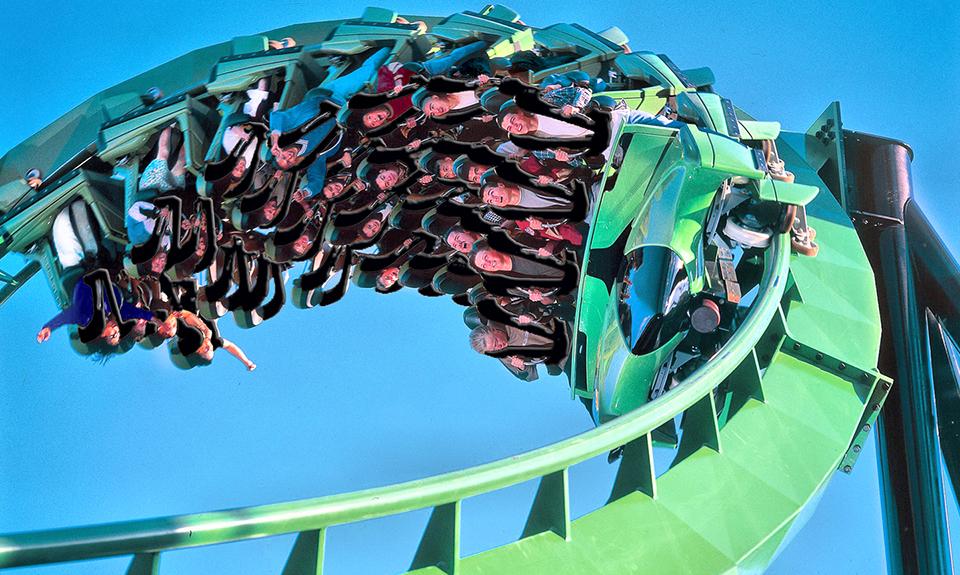 We remain confident that with the new style of restraint in place and the amended ‘saddle’ there is every chance that the concept of the stand up roller coaster experience could very well be flipped on it’s head surprising all of those who have come to dislike this type of ride in the past.

There is of course a slight chance that although B&M are currently in the process of patenting the design it may still never see installation.

Any future construction of this ride type would be entirely down to demand and purchase, however we remain hopeful that we will still see a brand new stand up roller coaster introduced somewhere within the world in the next couple of years and as such we watch eagle eyed for that announcement to drop.

What are your thoughts on this exciting news? Would you like to see a brand new stand up roller coaster constructed in the near future? Or do you feel this ride type has had it’s day?

Let us know your thoughts on this in the comments below!