How crucial are flat rides in ensuring a great day out at your local park? 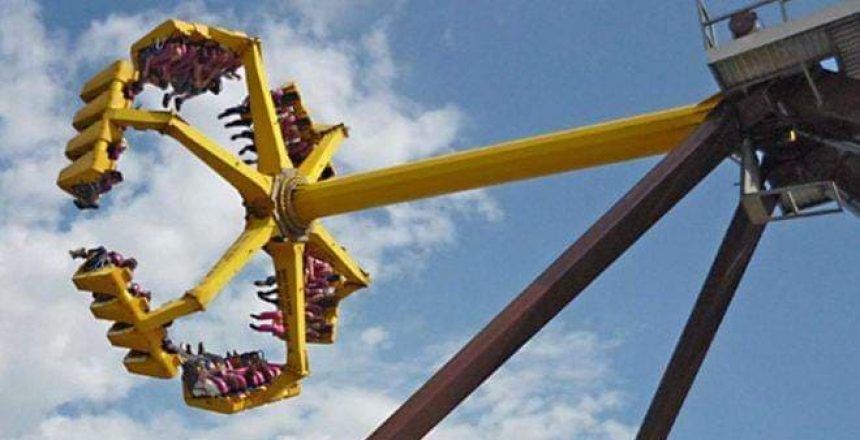 How Crucial are Flat Rides in ensuring a great day out at your local park and how do they contribute to a successful park overall?!

In truth in order to manage the guest levels expected at any theme park in the world there has to be far more on offer than just roller coasters (as awesome as they are!) and this means that other than the obvious you would expect to see the likes of a varied range of alternative rides on offer as well as food outlets, restaurants and entertainment to say the least. There is however one ever growing  problem here in the UK which seems to be becoming ever more prevalent and obvious to those visiting certain parks (mainly Alton Towers) and that’s the gradual decrease in alternative choices on offer to the big ‘headline’ attractions!

Now, we’re not saying this is the case at every park as there are still a lot of park’s out there still boasting an even mix of such attractions, however this is a growing issue (mainly within the Merlin parks) that the offering of alternative attractions to the coasters seem to be slowly thinning at an alarming rate. In truth as much of pull as the coasters do have to guests visiting the parks there is still a need for the likes of Alton Towers or Chessington to at least have other attractions which can draw in the crowds and spread them evenly throughout the park during the busier times. These include the likes of peak Summer season, Halloween and Fireworks!

So what do Flat Rides offer? In truth they offer a different and very varied mix of stylised and thrilling experiences designed to deliver something very different from the likes of any experience found on any roller coaster! Whether that be spinning upside down 100ft in the air or swinging backwards and forwards to dizzying heights flat rides deliver other experiences which you can treasure and look back on other the years long after you have lived through them!

Over the years we have had the absolute pleasure of experiencing some brilliant flat rides and these include but aren’t limited to Ripsaw (a Huss Top Spin formerly located at Alton Towers which definitely ‘cut it’!), The Wave (an Intamin Pirate Ship formerly located at Lightwater Valley) and finally Black Widow’s Web (a Huss Enterprise formerly located at Lightwater Valley). In truth riding these rides have brought us memories which are just as valuable as riding any of the coasters we have enjoyed over the years and that’s why we were very sad to see them leave the parks when they did, however we also understand the reasons for these to leave and agree with their removal 100%!

This doesn’t change the fact however that most of the above have either been replaced with inferior counterparts or have not been replaced at all (namely Ripsaw) and this in our opinion poses real issues for the parks concerned. In truth flat rides not only provide alternative outlets for entertainment during in a visitors day, but they also help to manage the crowds visiting the parks and spread them out more evenly reducing queue times for the bigger attractions  such as the coasters and ensuring that everyone gets more equality when it comes to the value of the price they have paid for admission during their visit! 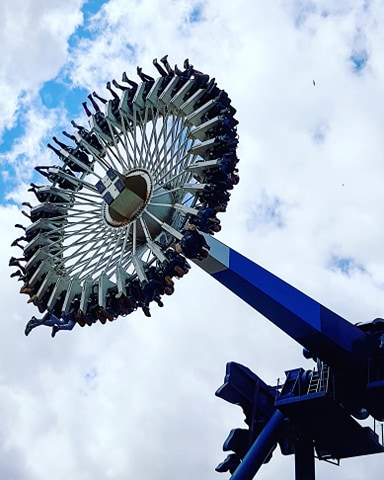 Now, when you do look at the range of flats on offer here in the UK it’s fair to say that there are some absolute corkers! These include the likes of possibly what has fast become one of our favourite flats in the UK -Maelstrom (an Intamin Gyro Swing located at Drayton Manor)! Maelstrom delivers what we feel has to be one of the most intense flat ride experiences we have had the pleasure of enduring so far. This is due to the sheer forces inflicted on you during it’s cycle leaving your face aching as you fight yourself to stop laughing with excitement as you are thrust too and throw into what we think has to be one of the highlight experiences on  park at Drayton Manor!

Other brilliant UK based flats include the likes of Rush (an S&S Screaming Swing located at Thorpe Park which we have yet to experience but can tell from the pov it will rank high on our list), Eagle’s Claw (a KMG Afterburner located at Lightwater Valley), Cliff Hanger (an S&S Shot and Drop Combo Tower located at Flamingo Land) and Avatar Air Bender (a Zamperla Disco located at Blackpool Pleasure Beach)!

In truth there is a many more we could list, however one truth remains – most of these great flat rides aren’t located at Merlin Owned parks! This is something which we feel the company need to address in the years ahead as a matter of urgency! This is because not only will this help to improve park ops performance and raise guest satisfaction, but it’s also something which many enthusiasts have been calling out for in recent years (especially since a lot of the Merlin parks seem to be removing and in most cases not replacing). In truth the next investment we would like to see at Alton Towers isn’t actually SW9, it’s a whole new range of flat rides! As for what we would like to see? Well, we could definitely see an Intamin Discovery fitting in at the resort very well indeed – particularly in Forbidden Valley near to or where Ripsaw used to be located!

There are other parks out there however such as Fantasy Island in Skegness and Paultons Park in the south which have realised this formula already and you only have to look at both of their most recent investments to realise this is the case! Paultons is set to get a Zamperla Gyro Swing, whilst Fantasy Island are set to welcome the return of Bling to the UK!

In all we feel that in order to really enjoy your time at a park you need to feel satisfied that you have been offered a varied range of experiences! Not only do flat rides contribute heavily to this but as mentioned earlier they also create much more thrilling and unique memories in some cases than those created by many major coasters!

One major strength that a lot of American parks have is the fact that this is a standard requirement at most parks when investing and in truth this is definitely something we feel that Merlin in particular could learn from moving forward! therefore in the years ahead we really hope to see more flats introduced here in the UK, especially here in the north!

Therefore in summary it is our belief that in order for a park to be successful they must at least offer a good range of flats in proportion to their coasters. There also has to be more focus on the older thrill seekers when it comes to this type of investment as opposed to the younger ones! It is true that Alton Towers does offer CBeebies Land, however this in our opinion doesn’t quite satisfy our tastes for obvious reasons (being the fact we haven’t been 3 or 4 for a very long time)! We therefore hope to see more investment in more thrilling flat rides in the years to come not only at Alton Towers, but also at other UK based parks as a whole! After all, who doesn’t love a great thrilling flat ride right?!

PrevPreviousHow being an enthusiast has done wonders for our mental health!
NextHow does the addition of themed audio help to create an overall experience and add depth to some of your favourite parks and attractions?Next