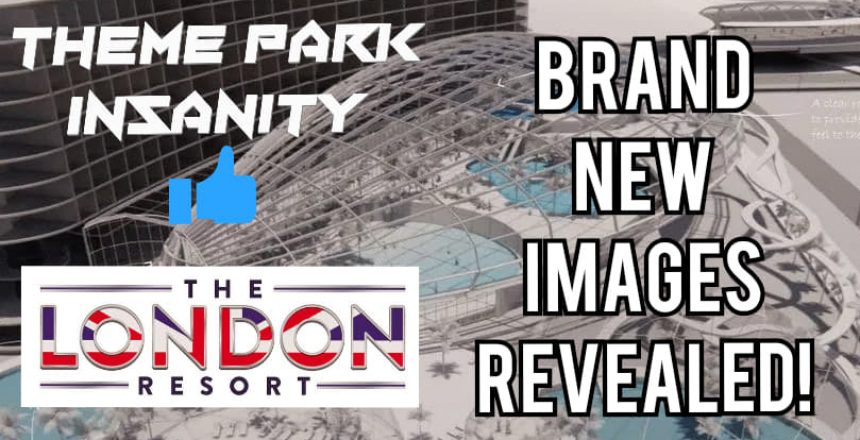 Further concept images for the London Resort have officially been revealed following the submission of a 25,000 page planning application at the end of 2020!

We have today been treated to a further look at the sheer grand scale the UK’s answer to Disneyland – The London Resort hopes to achieve should the project be given the go ahead!

This further look came courtesy of The Sun in which an article was published showcasing never before seen concept images featuring an  850 room onsite hotel, the interior of the UK’s first ever E-Sports Arena, The resort’s proposed entrance plaza and a mammoth glass domed indoor water park which will feature inter-connecting swimming pools and will be connected to the hotel!

Should this monumental project be given the green light it will mark the end to the struggle of bringing a world class theme park resort to the UK and the biggest international resort to be opened in Europe since the opening of Disneyland Paris back in 1992!

Developers behind the project are still aiming for a 2024 opening of Phase one, however this is still all dependent on the project successfully passing a 12 – 18 month examination process by the UK Planning Inspectorate.

The resort will also feature three onsite hotels (one boasting 1,500 rooms!), a “two storey borough market” and a 3000 seat coliseum!

Full details surrounding this project and the images can be found over on The Sun’s official website.

If you would however like to sit down and peruse the planning application for yourself then you can do so by clicking here.

The planning application features everything from full plans on how the resort will be laid out to how the developers intend to protect the resort’s local wildlife, whilst still delivering a truly world class experience!

Thanks very much for reading.

PrevPreviousIs Single Rail the Way Forward?
NextAbyssus – Should You Be Excited?!Next