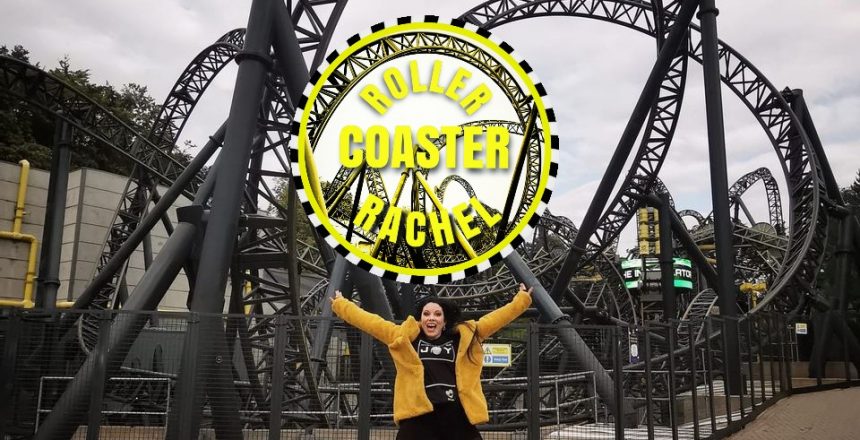 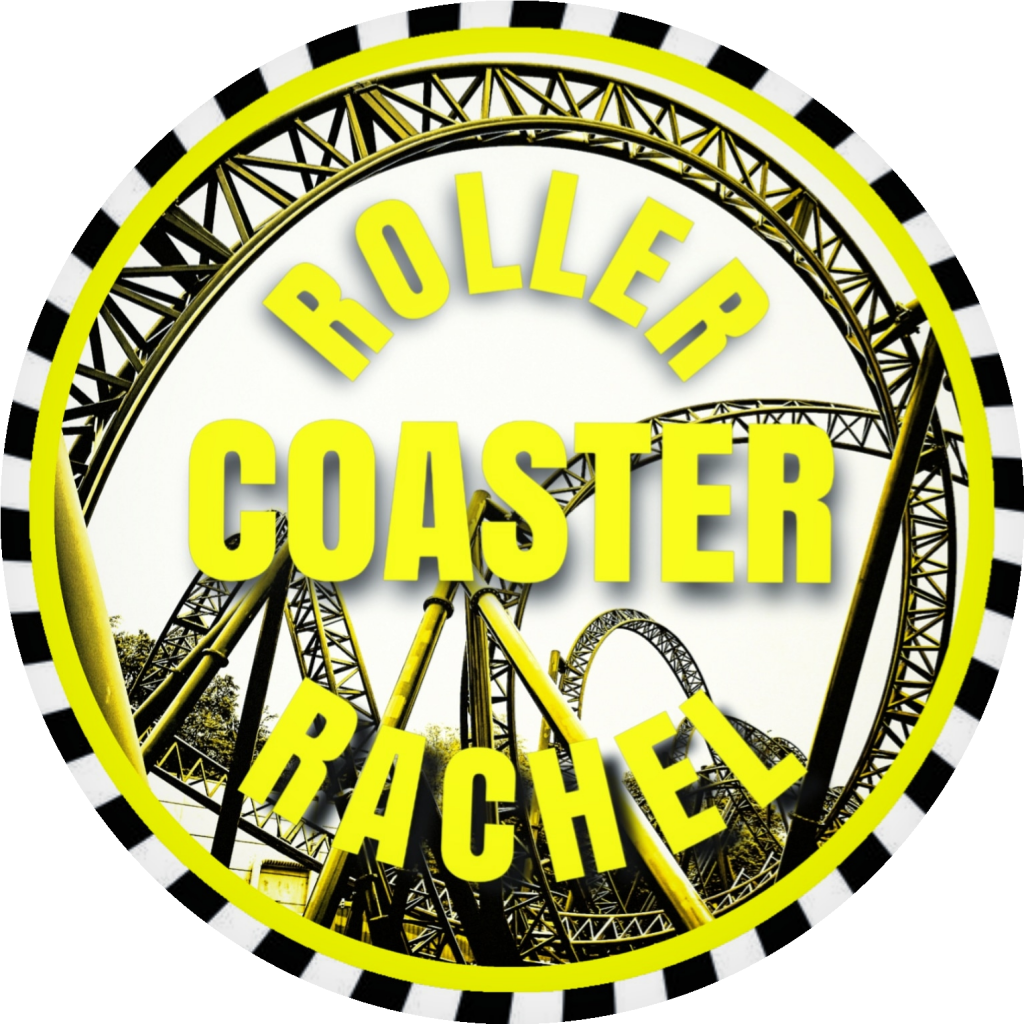 Theme Park Insanity sits down for a chat with Smiler Super Fan herself, Roller Coaster Rachel!

When Alton Towers Resort added the Smiler to their roster of major coasters in 2013 it was clear that the ride itself was not only a game changer, it was the start of a cult movement!

For one fan however The Smiler transcends far more than just being her favourite ride, it’s become a way of life!

Roller Coaster Rachel, better known as Rachel Pender has established herself through her ever growing social media following as a not only a self professed Smiler super fan, however also an Alton Towers super fan as well.

With this much of a following it’s safe to say this is one superfan we won’t be seeing leaving the enthusiast community any time soon!

We were therefore thrilled and honoured when we were given a very exclusive opportunity to sit down (over email of course) and get to know more about why her passion for the ride really helped her on her journey to being an enthusiast and why to this day he just can’t get enough of being back amongst the Towers riding her favourite rides!

Who is Roller Coaster Rachel?

I’m a Mum to two wonderful girls, and a wife to such an incredibly supportive Husband.

Luckily for us we only live 35 minutes away from Alton Towers, which is perfect for me as it’s my absolute happy place! I always try my best to visit as often as I can around work commitments.
I work in elderly healthcare, but a lot of people think I work at Alton Towers due to the passion I share in my day to day life and also over my various social Media pages.
Dignity, respect and kindness are some of the values that mean the most to me and I like to share this occasionally across my social media pages!
I always say It’s perfectly ok to be yourself! Just do and wear whatever makes you happy.
So many people are inspired by theme parks and I think that’s wonderful to see. 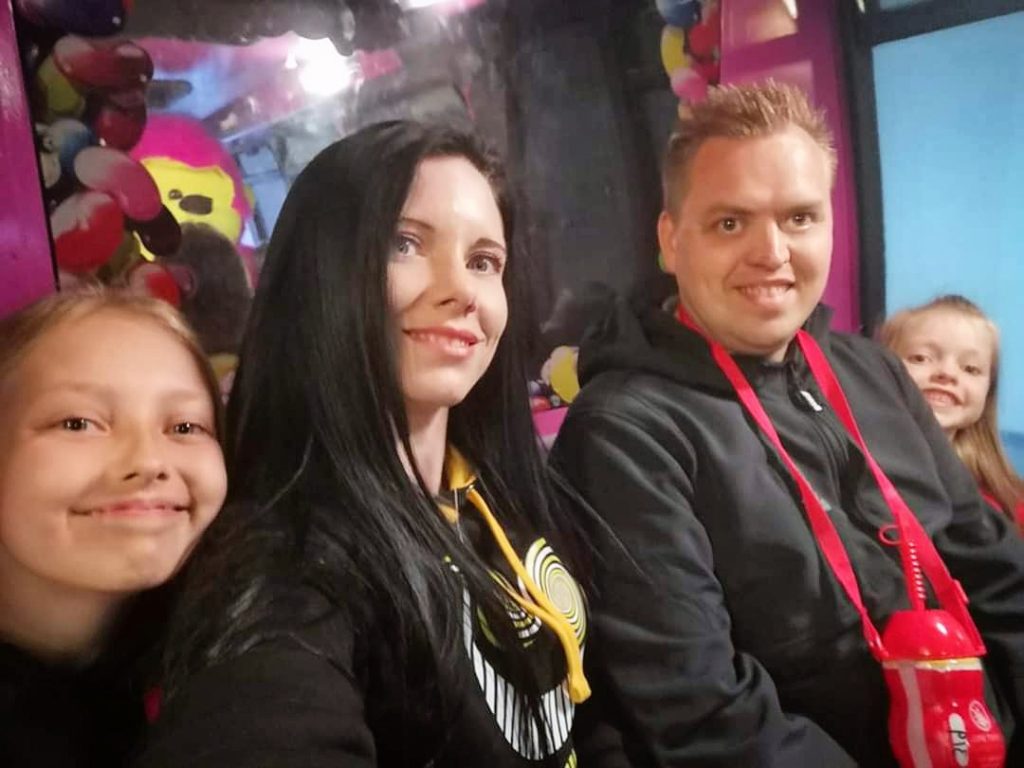 What first sparked your love for the theme park industry?

My earliest theme park memories are from Blackpool Pleasure Beach, somewhere that is really sentimental to me. My uncle used to work there and during my childhood we would visit every single Summer with family! It’s the place where I rode my first ever roller coaster – The Grand National. That was the moment my love for theme park industry truly began. It took me a long time to ride my first upside down coaster, however after one visit to Alton Towers and a ride on the corkscrew I became completely obsessed! I’ve grown up with a fascination for fairgrounds and theme parks, a truly magical world that brings so much joy into my life. 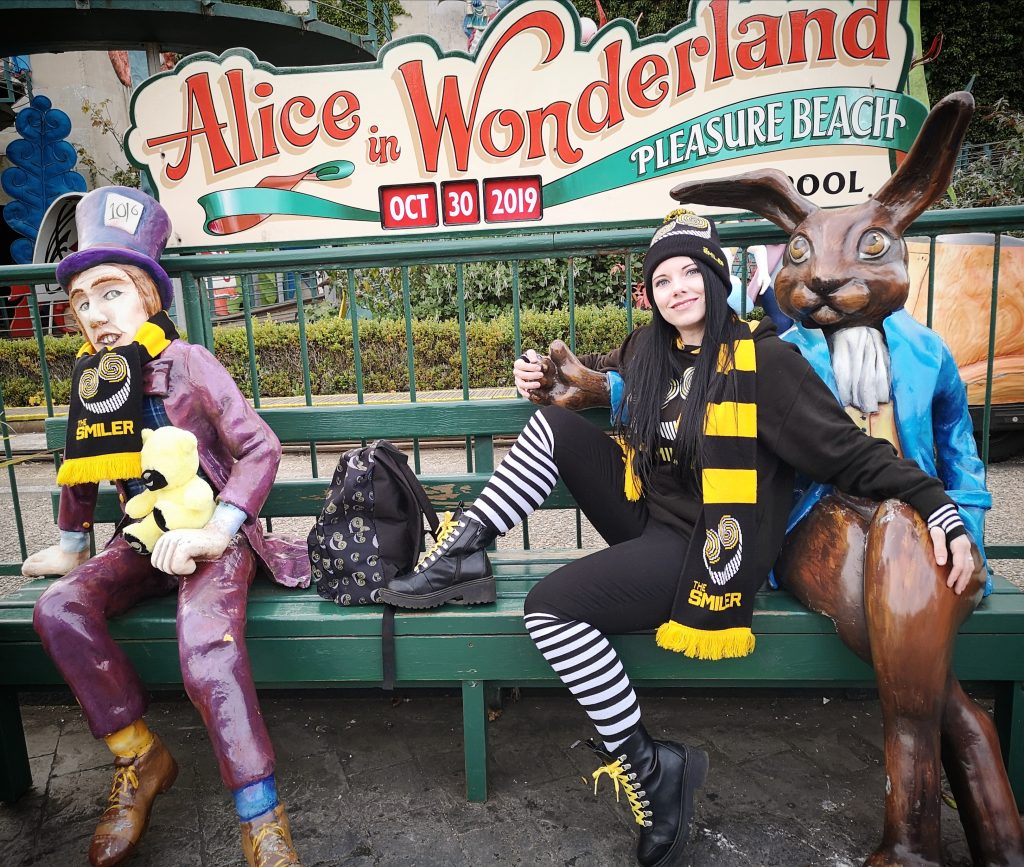 Which memory from over the years stands out as the one you will cherish most?

There are quite few!

Riding The Smiler for the first time, introducing my girls to the wonderful world of theme parks and sharing their thoughts and experiences, encouraging people to ride coasters who were once fearful of them and meeting so many wonderful people who I’m now proud to call my friends.

The most recent memory I will cherish was becoming a member of the Towers Times/ South Parks team. That was a very proud moment for me, I can’t wait for the events next season where I know I’ll most definitely make more magical  memories to cherish always. 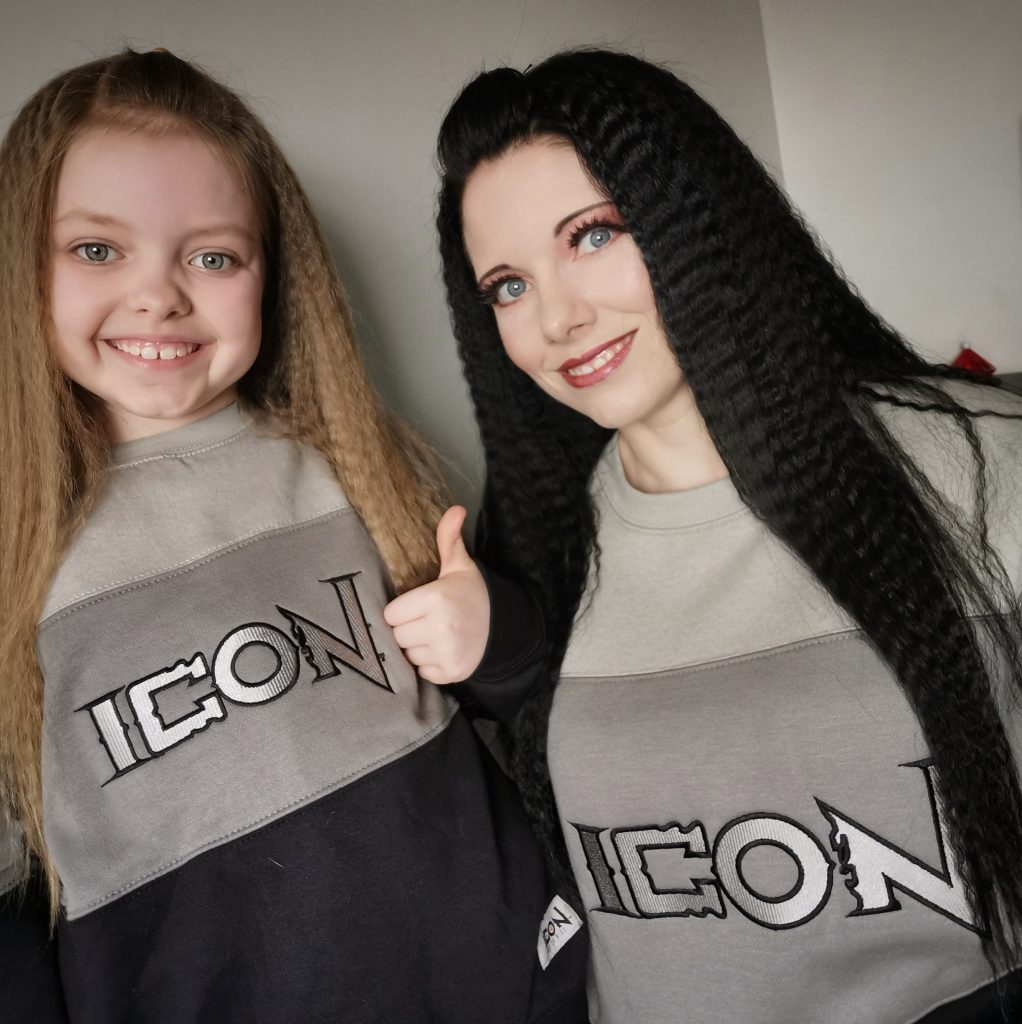 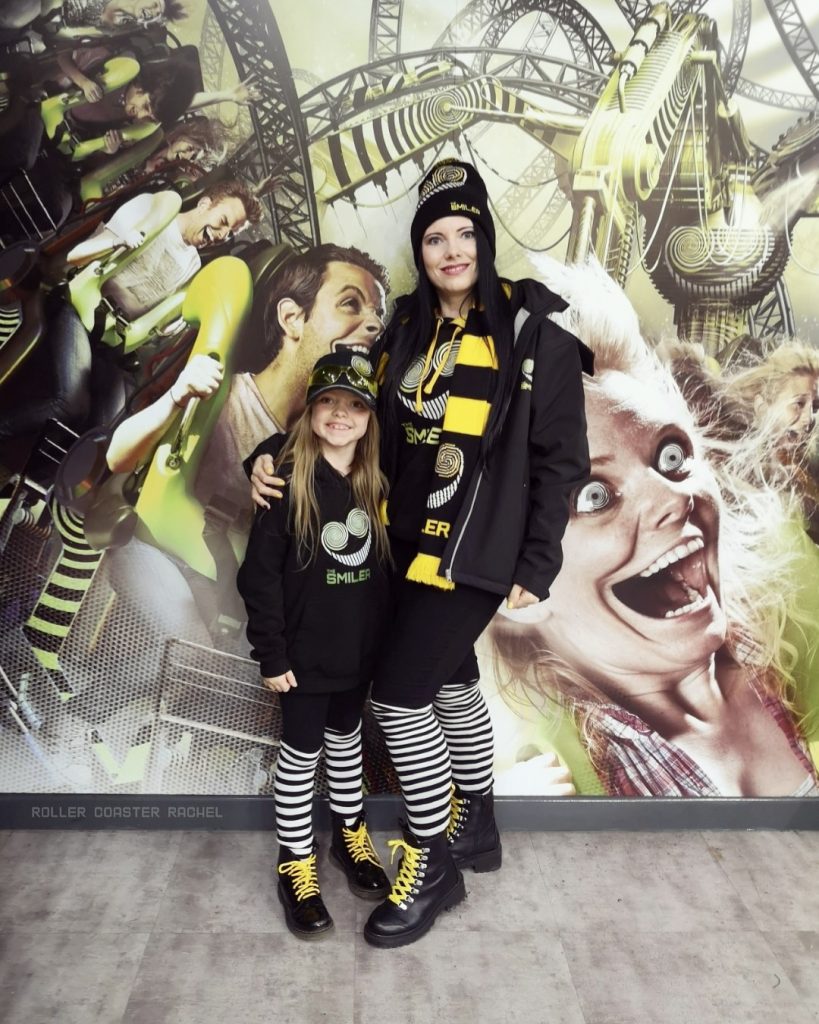 I was so, so desperate to ride The Smiler once it was officially announced, however unfortunately due to personal reasons that visit sadly didn’t finally happen until 2017!

It was literally THE most incredible looking coaster experience I’d ever seen! I can remember my first ride  like it was yesterday!

Nemesis was my number 1 coaster at the time, and on my first ever Smiler ride when we hadn’t even completed the full track, I literally shouted “that has just blown Nemesis out of the water”…we ended up having quite a few rides that day!

It’s hard to say exactly why I enjoy it as much as I do? It’s just a completely and utterly phenomenal ride! Each ride have seems to get better than the last?!

It honestly it blows my mind just how good it is. what an experience! 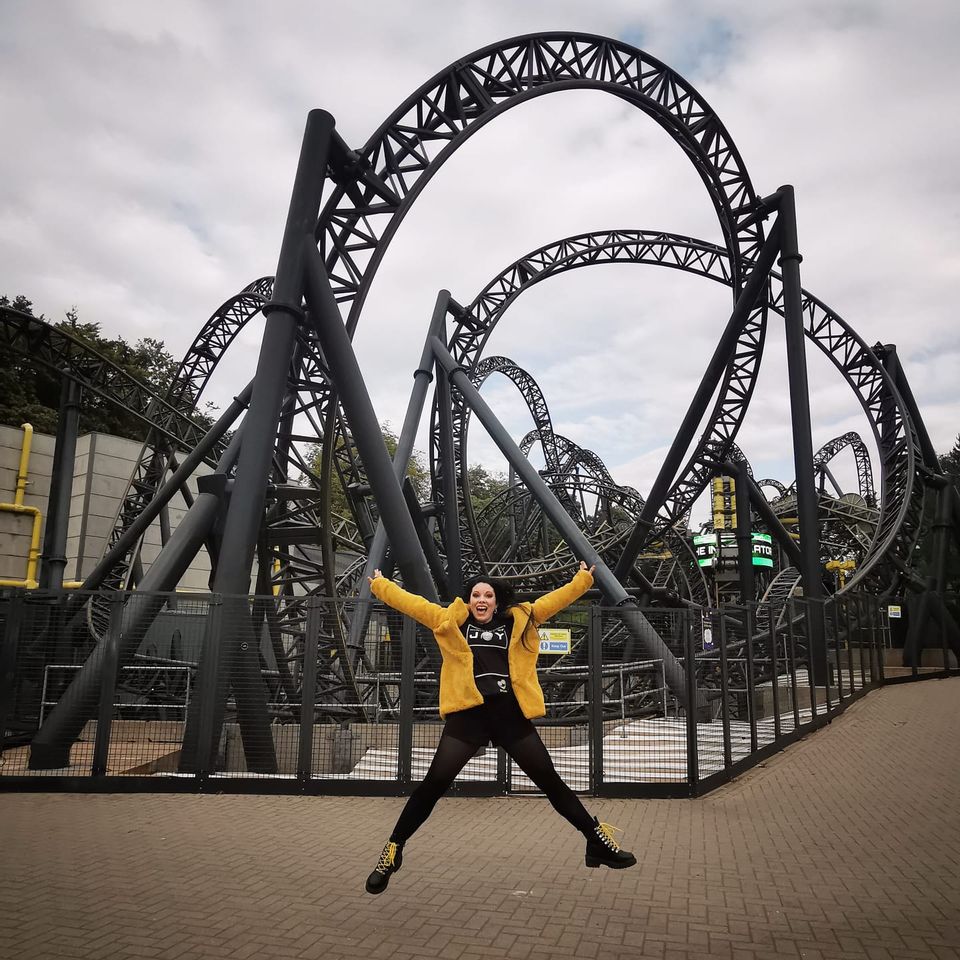 Is the Smiler more a way of life than just a favourite ride?

As a lot of people who follow me know, I do like to have some kind of ride theme when visiting a theme park. My two favourites being Alton Towers and Blackpool Pleasure Beach, although I didn’t share this fully over social for quite some time.

I’ve been inspired by theme park outfits for many years now, especially The Smiler.

The initial inspiration being the yellow, black and white colours from the concept art.

Just over a year ago I decided to publically share my love of Alton Towers, and then gradually introduced my theme park fashion sense to my page. It was wonderful to see so many people who share similar interests, and I’m proud to say that so many of them are now really good friends too!

I’d have to say the answer to this question is yes, Alton Towers and The Smiler have become a huge part of my life. Sharing my passion for theme parks and especially the Smiler has definitely opened up a world of friendship and wonderful opportunities!

I’m so happy to be part of such a fabulous  community…the amazing world of Theme parks. 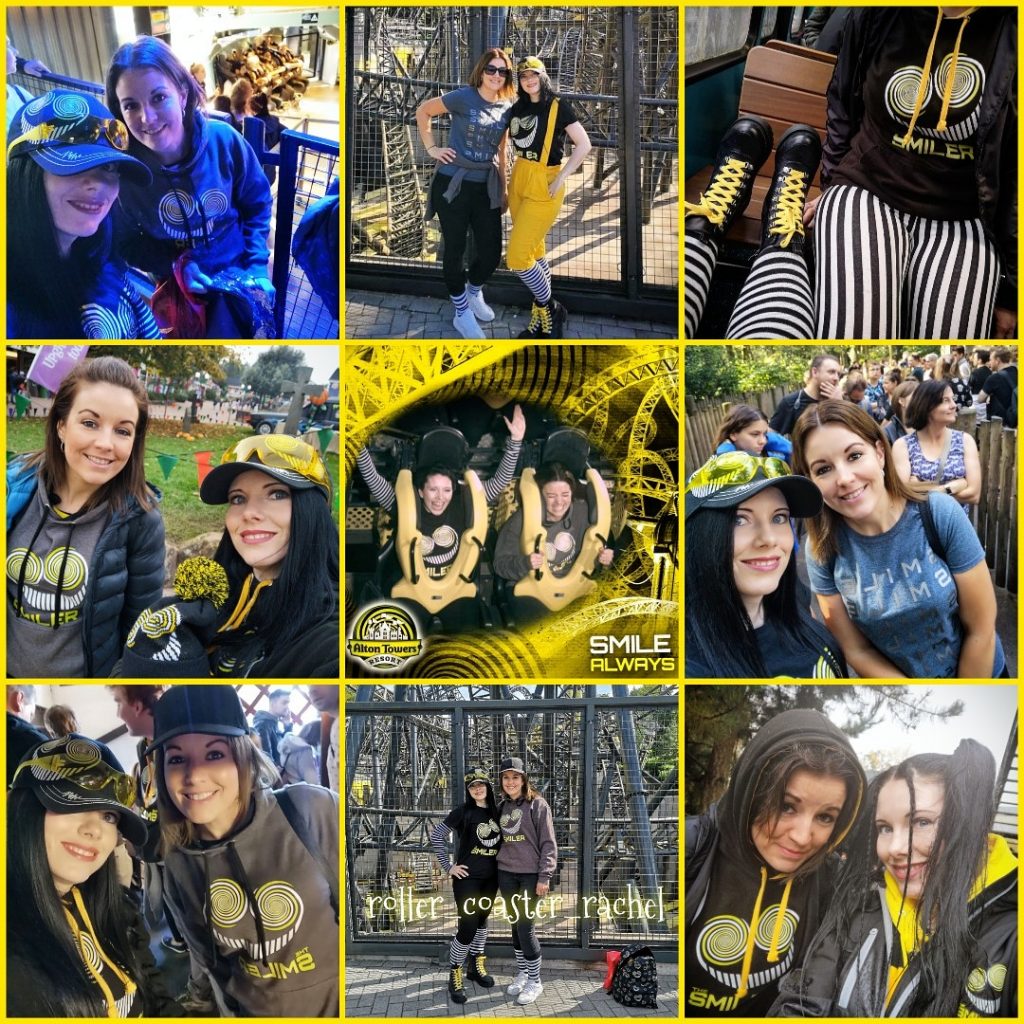 How would you say your tastes in rides have changed or adapted over time if at all?

At first for me I was just happy to be on any flat ride or coaster, however now it’s developed into so much more.

Things that stand out to me the most now are Incredible theming, soundtracks and the whole story of a ride!

These really do make for an overall amazing ride experience.

OH most definitely roller coasters, although I do absolutely love flat rides, and for me, the more intense the better 🙂 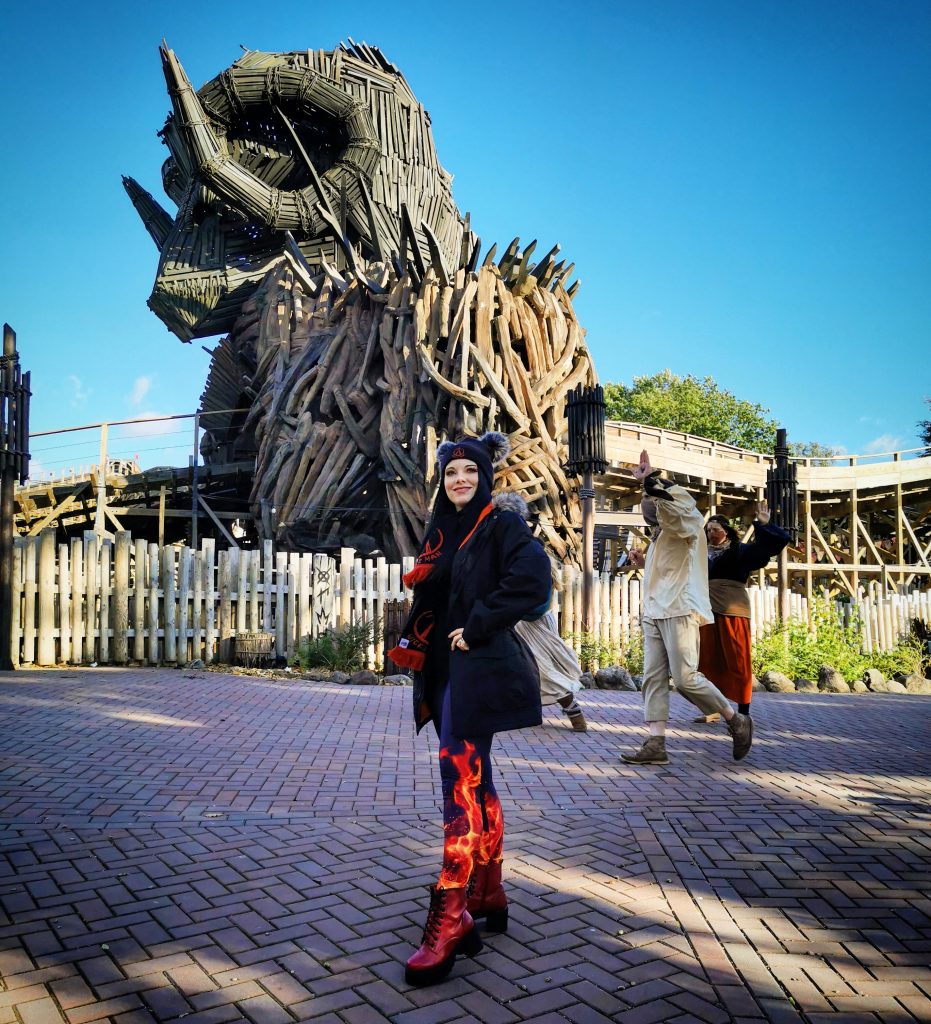 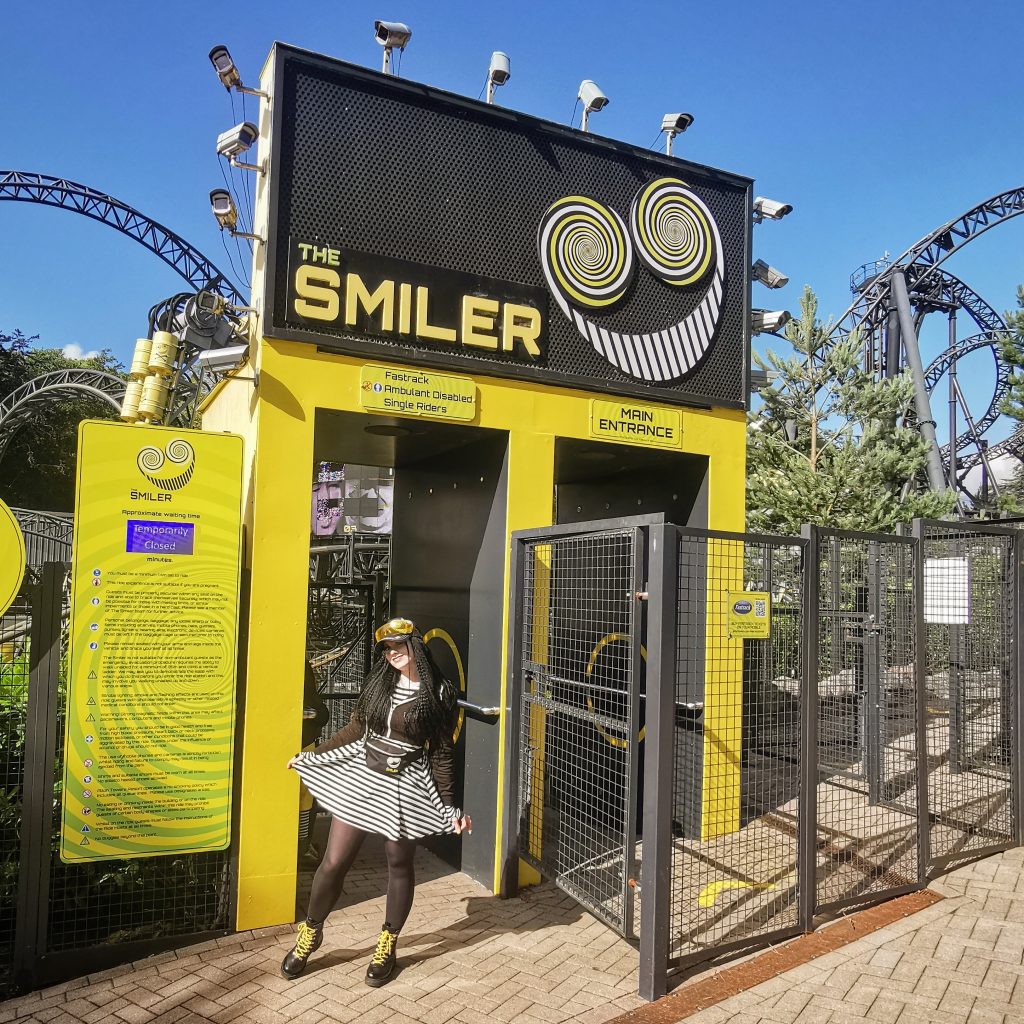 what are your top 5 coasters to date? 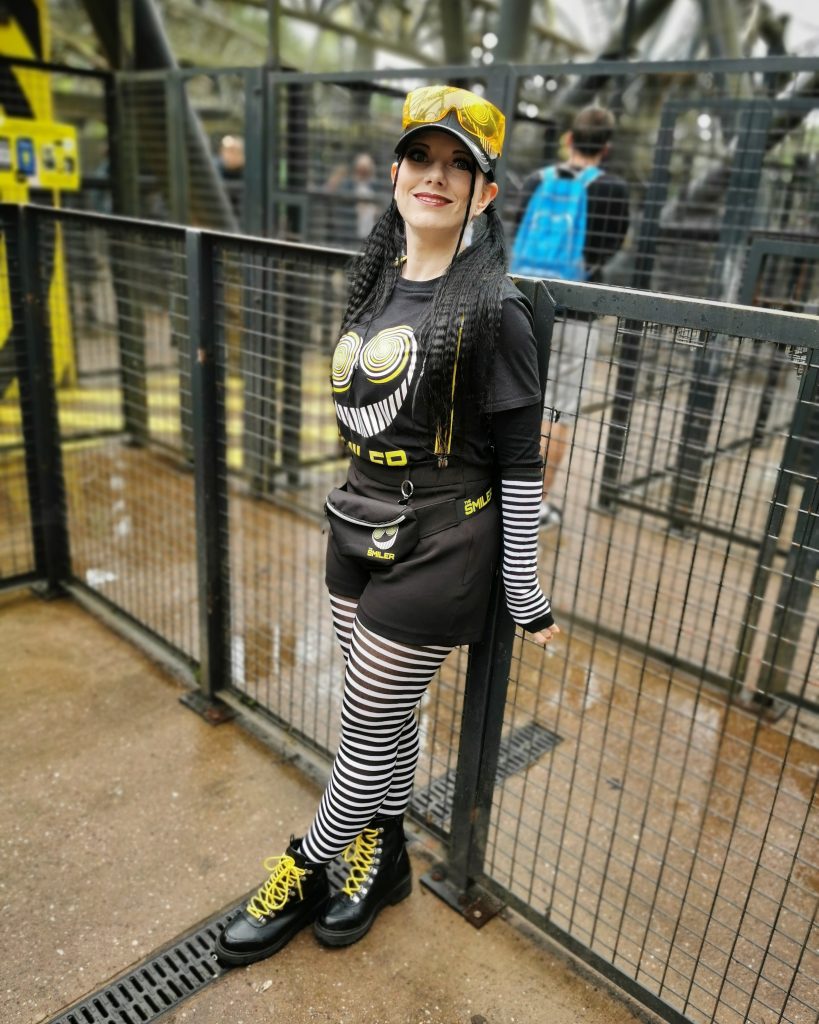 What other things do you enjoy doing the most aside from visiting the parks?

Quality time with family is very important to me! When we’re not visiting theme parks, we do like to have our National Trust days and movie time together too.

Another passion of mine is ghost hunting.

I love anything supernatural and spooky! Halloween has always been my favourite time of year.
I also like to get creative, especially with theme park outfits. I also enjoy drawing, painting and sewing. During closed season I shall definitely be spending more time doing more of my creative hobby. 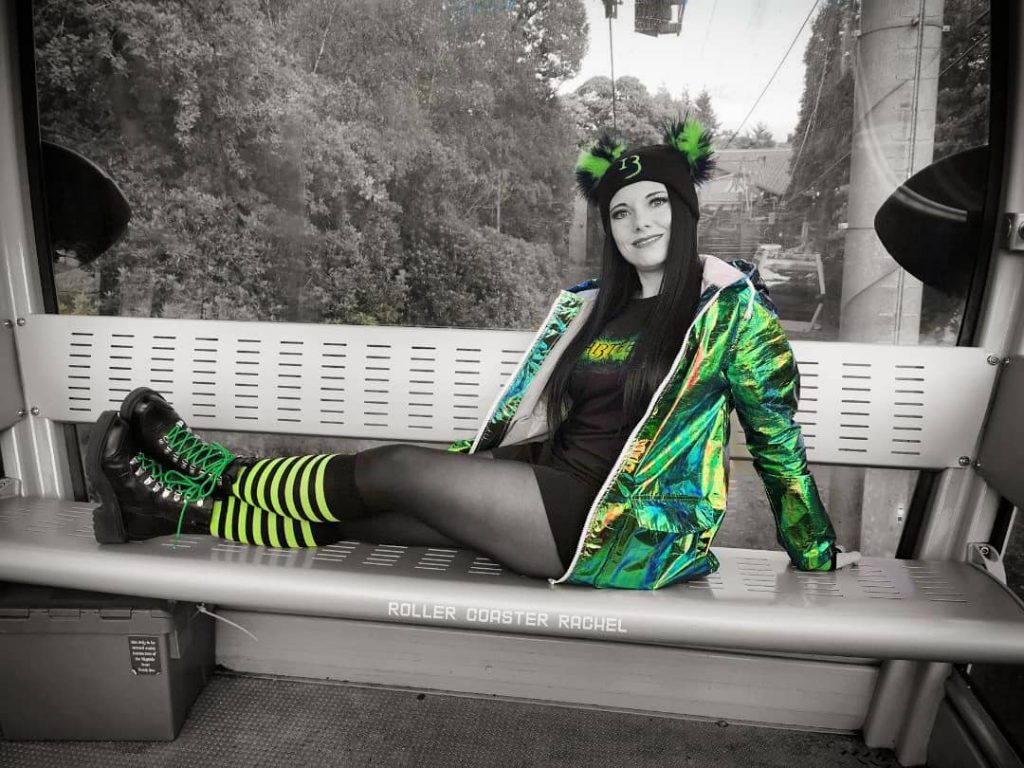 What do you see the future holding for The Smiler? Do you think it will ever be replaced?

Not anytime soon that’s for sure! It’s such a hugely popular coaster. Im certain The Smiler will be here for years and years to come

Which other ride at Alton Towers would you say presents strong competition for overtaking the smiler if at all as your favourite ride on park?

There is no competition….the Smiler will never be beaten ha ha ha 🙂 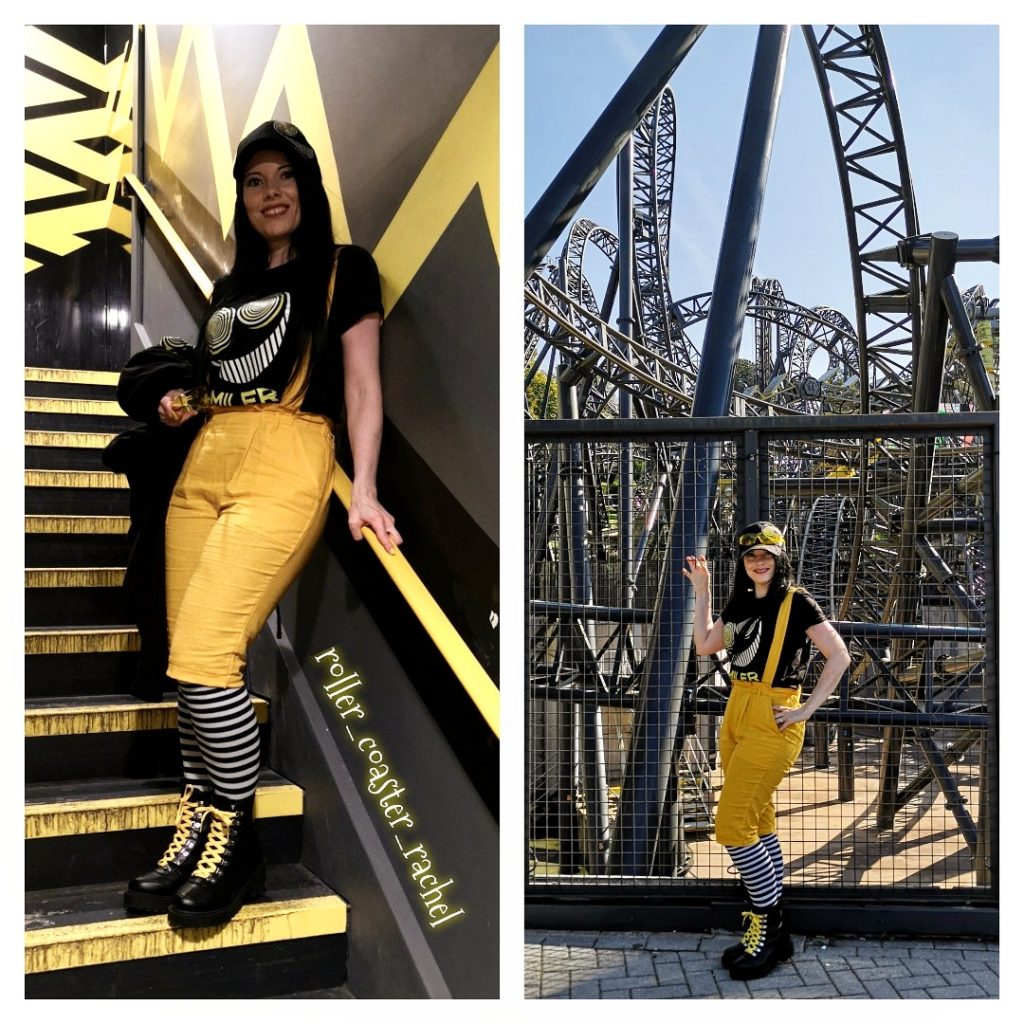 Which park outside of those here within the UK would you say you are most excited to visit in the coming years?

My bucket list park is Cedar Point, with my number one bucket list coaster being Steel Vengeance!

There’s so many incredible looking coasters there and to visit would be an absolute dream.

Finally, what does the future hold for Roller Coaster Rachel?

I aim to continue to share my passion for theme parks! As I always say, Its my escapism and my little piece of heaven on Earth.
I can’t wait to share more magical adventures and outfits with you all!
The theme park community has helped my confidence to grow so much and honestly, I never want to leave. I feel so proud to be a part of it.

Id just like to take this opportunity to Thank Joe for inviting me to do this interview. Joe works tirelessly to create the most wonderful content for TPI…and Im incredibly proud to say that I’ve seen the page grow from the beginning…I may even have to create my own TPI inspired outfit someday 🙂 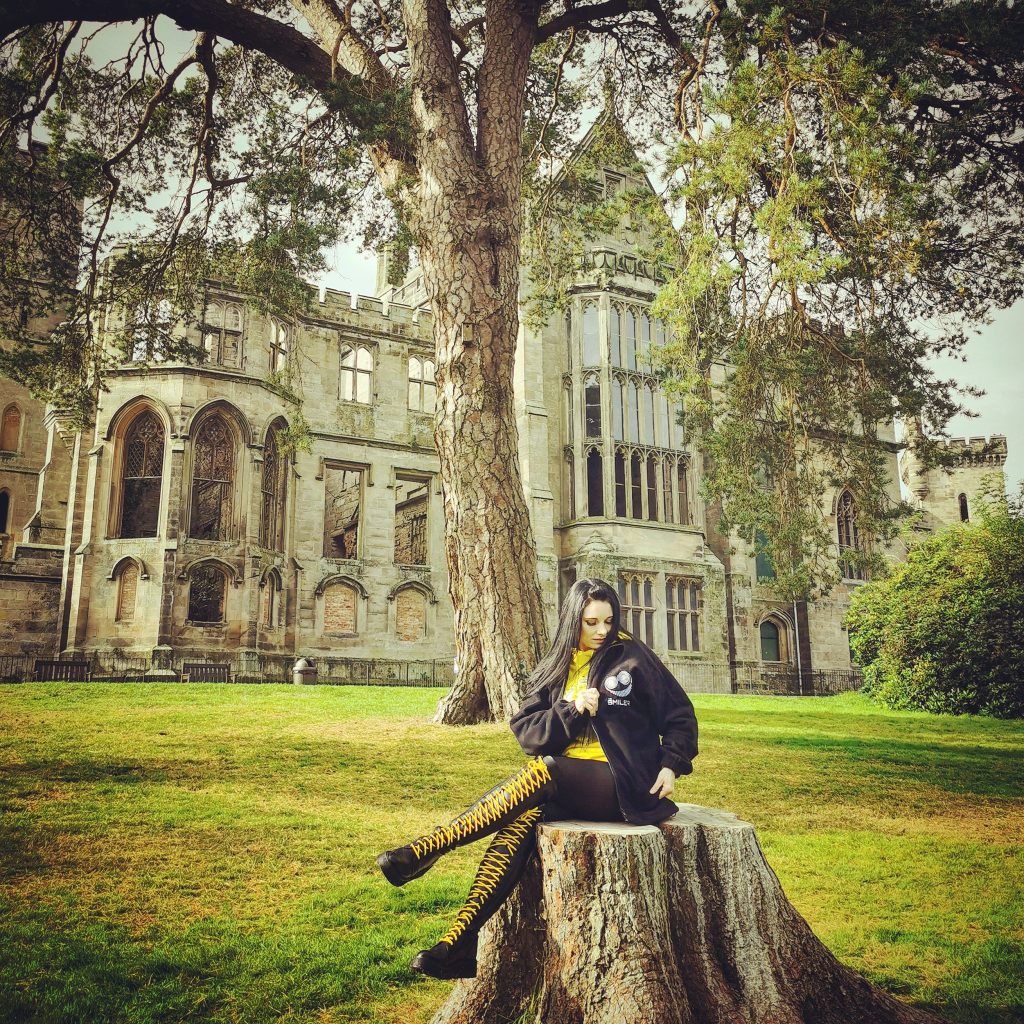 We would like to say a huge thank you to you Rachel for not only agreeing to let us share in this fantastic insight, however for the continued love and support you have continued to show us here at TPI ever since our humble beginnings back in 2019!

We have to say that with all of your fantastic outfits you have created, to see a TPI inspired one would not only be an honour, but an absolute dream come true as well!

Once again we would like to offer huge thanks to Rachel for allowing us here at TPI this fantastic opportunity!

We really can’t wait to see what the future holds for Rachel as she continues her marmelised journey into the euphoric world of adrenaline fuelled insanity, however one thing’s absolutely certain! We will be right there alongside you to see what happens!